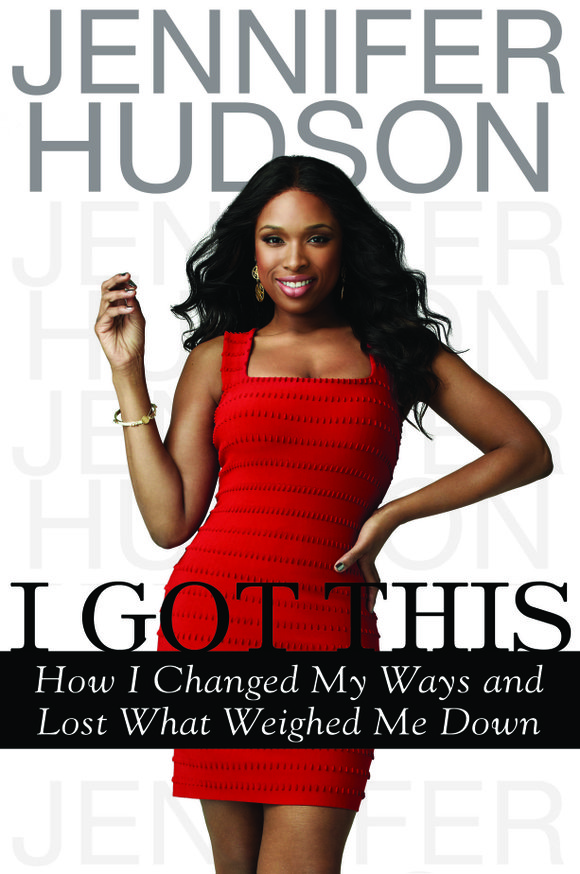 "I Got This: How I Changed My Ways and Lost What Weighed Me Down," by Jennifer Hudson (Dutton, 2012), is an honest and inspirational story of dreaming big, winning big and losing big. The author is one of today's most beautiful voices and brightest Hollywood stars.

Hudson first wowed the world with her powerful voice on "American Idol"'s third season. She then took Hollywood by storm with a star turn in "Dreamgirls" that won her an Oscar for Best Supporting Actress.

Since then, she has performed sold-out shows around the world and won a Grammy for her gold-certified hit album, "Jennifer Hudson." However, before she became known as an international star, Hudson was a young performer who was sometimes turned down for gigs because of her weight.

Now, for the first time, Hudson tells the story of her meteoric career rise. She shares how she keeps a level head and talks about what inspired her amazing weight loss success on the Weight Watchers program in her new book, "I Got This."

In the south of Chicago, where Hudson grew up, food, and lots of it, was always a big part of the family. Hudson knew she was a plus-sized girl, but she was never insecure about her looks and fully embraced her body. When she made it to the final rounds of "American Idol" in 2004, one of the show's musical directors told her that everything about her was too big-her voice, her personality and, of course, her size. Hudson replied, "Isn't that what being a star is? Stars are larger than life!"

Later, during one of her first red carpet appearances, a reporter asked if she was insecure about being a "big girl" in Hollywood. "It took me a minute to figure out who the reporter was actually talking to," Hudson wrote in the introduction. "Surely she wasn't addressing me that way. I had the height of a supermodel, breasts that were naturally big and real and a God-given shape. Why would I feel insecure about that?" Realizing that image was just as-or maybe even more-important as talent was one of her first eye-opening moments in Hollywood.

Despite such comments, Hudson always stayed focused on her goals and didn't bow to Hollywood pressure to lose weight. In fact, she gained 20 pounds to play the role of Effie White in "Dreamgirls." She lost it through hard work and determination afterward and stuck to her guns when the movie's producers wanted her to put the weight back on.

About that, Hudson wrote, "I was shocked. The irony of the situation was almost too much to take. I remembered the comments about my weight during 'American Idol.' Now, here I was in Hollywood, in a town where size 10 is considered a plus size, and I was being told to put on weight!

"Why couldn't my performance speak for itself?" she continued. "Why did what the scale said when I stepped on it always come into play, either one way or the other? I couldn't win for losing. 'It's not going to happen,' I said to my publicist."