Opposition goes out for votes in historic election first 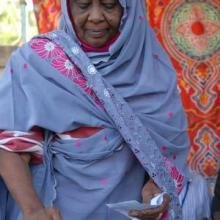 Opposition goes out for votes in historic election first

Jan. 24 (GIN) - Municipal elections in Chad saw members of the opposition on the ballot in a first ever poll in the country's history for local office.

Mayors in this central African country were previously appointed by the government of President Idriss Deby itno.

Deby, who has ruled Chad since 1990, was reelected in April 2011 with 83 percent of a disputed vote. His Patriotic Salvation Movement won an absolute majority in parliament two months earlier.

The opposition said both elections were rigged but decided to take part in the local elections. Observers say they may win many municipalities.

Rather than multiple parties competing, the opposition formed a 16-party umbrella group, the Coordination of Political Parties for the Defense of the Constitution.

"We grouped together because there is a real challenge," said CPDC spokesman Saleh Kebzabo on Friday. "Being able to control the cities is a key step prior to 2016," when presidential and legislative elections are held, he said.

President Deby is currently under suspicion, along with family members and close associates, of receiving $10 million in bribes from the Chinese builder of a refinery that opened recently. A dispute over pricing by the state-owned China National Petroleum Corporation International led to the indefinite suspension of plant operations earlier this month.