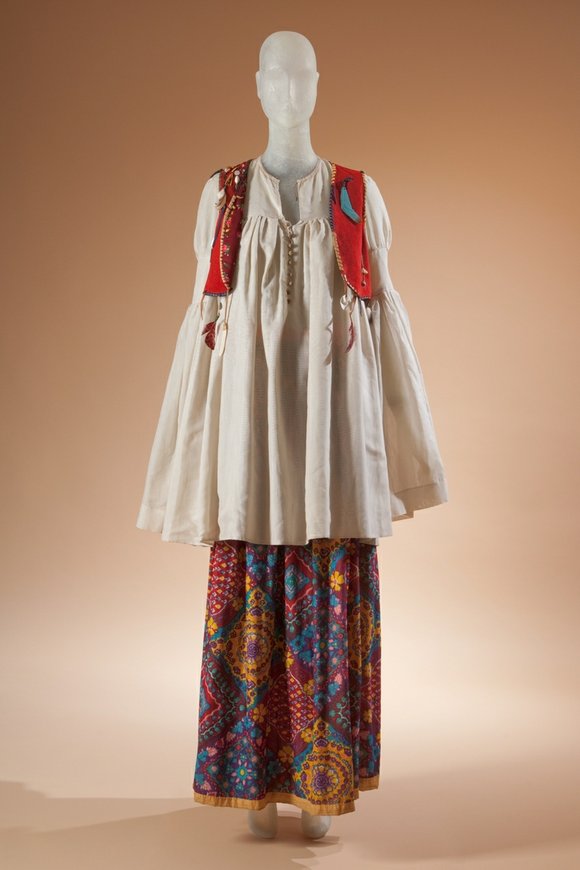 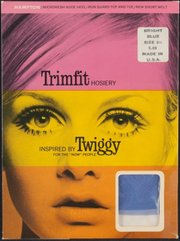 "Youthquake! The 1960s Revolution" will be on view from March 6 through April 7 at the Museum at FIT. The exhibit is co-presented by the Museum and the Fashion Institute of Technology's Master of Arts program in fashion and textile studies, history, theory and museum practice. Over 30 garments, accessories, videos and other related media will be on display.

The exhibition will explore the dramatic impact of youth culture on fashion during the 1960s. This decade was defined by the ascendance of young people-who were warning each other not to trust anyone over 30-as a political, social and aesthetic force. The 1960s was an amazing era.

The show will feature clothing and accessories from cutting-edge boutiques and mass-market labels as well as high-fashion ready-to-wear and couture. Exhibition highlights from groundbreaking boutiques include a metallic copper minidress designed for New York's trendsetting Paraphernalia boutique and a Day-Glo men's shirt by pioneering British designer and boutique owner John Stephen.

The term "youthquake" was most famously used by American Vogue editor Diana Vreeland. However, the epicenter of youth-generated style during the 1960s was London, where young shoppers began flocking to the new boutiques that energetic, equally young designers seemed to be opening almost daily. A powerful consumer class was starting to take shape and similar boutiques began opening internationally. Some of the designers whose garments were sold in these shops began developing lower-priced specialty lines in order to reach a broader audience.

The '60s was a time of freedom of expression in fashion. Clothes were worn every which way. Tight-fitting, washed-out jeans with straight legs or flared bottoms were in. Colors were magnified. Prints were wild, colorful, mixed and sexy.

Regardless of which group was redefining fashion at the moment, the youth of the early 1960s or the hippies later in the decade, their styles were quickly appropriated by mass marketers and couturiers alike. Mass producers made affordable versions of the new designs and hired young celebrities to sell them. To illustrate this, a pair of Trimfit tights inspired by fashion icon Twiggy will be displayed.

The influence of music on 1960s fashion will be represented by a pair of Wing Dings shoes featuring a Beatles motif and a paper dress stamped with Bob Dylan's image, which also exemplifies the literal disposability of the era's fashions.

The exuberance of youthquake fashions also found expression in the work of forward-thinking couturiers. Designers like Yves Saint Laurent began producing ready-to-wear lines that helped ensure their fiscal survival. An example of Saint Laurent's iconic 1968 safari tunic from his Rive Gauche boutique will be shown. A man's bespoke suit by Ruben Torres that features a Nehru collar and a bold animal print will attest to the youthquake's infiltration in made-to-order clothing.

As the decade drew to its conclusion, the mod style ceded to that of the hippies who, in accordance with their anti-consumerist beliefs, championed shopping at thrift stores. Nonetheless, as evidenced by a 1968 suede vest and printed cotton maxi skirt ensemble by New York-based designer Giorgio Sant'Angelo, hippie style was quickly commodified, marketed and sold at various price points.

As part of their curriculum, FIT candidates for the Master of Arts in Fashion and Textile Studies present an annual exhibition at the school's museum. They serve as conservators, curators, exhibition designers, publicists, registrars and researchers, drawing primarily from the museum's collection to create the exhibition.

Co-curators Tracy Jenkins and Cassidy Zachary will give public tours of the exhibition on March 14 and March 19 as part of the museum's Fashion Culture series. A website created in conjunction with the exhibition will include educational resources and further information about fashion in the 1960s.