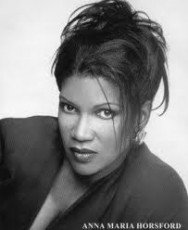 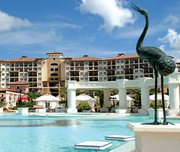 The award-winning actress Anna Maria Horsford was recently honored with the prestigious Tourism Ambassador Award by the twin island nation of Antigua and Barbuda. Bestowed upon Antiguans and Barbudians and their offspring, the Tourism Ambassador Award is given to exemplary people who lend their names and voices to promote the destination of the Caribbean sister islands. The award was presented to Horsford by the Hon. John Maginley, tourism minister.

The Los-Angeles based Horsford, whose 40-year career incorporates work on film and stage as well as credits as a producer, accepted the award at the nation's 30th (Pearl Jubilee) independence celebration, the State Independence Banquet, which was held earlier this fall at Sandals Grande Resort in St. John's, the capital of Antigua.

Horsford, who was born in Harlem to Victor and Lillian Horsford, thanked the government and people of Antigua and Barbuda for the warm welcome, recognition and support she has received over the years. She spoke passionately about her Antiguan heritage and shared how having been raised in Harlem by her Antiguan father, who was one of the first Black entrepreneurs and millionaires uptown, helped shape her values and drive.

Horsford, who is best known for her witty role of Thelma Frye on the NBC sitcom "Amen" (Carson Productions, 1986-91), also played Dee on the WB's "The Wayans Bros." sitcom (1995 to 1999). The actress is currently cast in the role of Helen on the Tracee Ellis Ross and Malcolm-Jamal Warner-produced sitcom "Reed Between the Lines," which premiered on BET on Oct. 11.

Expounding upon the tribute, Derede Samuel-Whitlock, director of tourism in the United States, shared: "Antigua and Barbuda's Tourism Ambassador Award is conferred upon successful Antiguans and Barbudians and their descendants in the Diaspora, with a demonstrated ability to utilize their media platforms, networks and credentials to help extend the destination's promotional efforts."

As the new ambassador, Horsford is already in discussions with tourism officials about how she can present the destination's attractions and diverse offerings during her public appearances. She also wants to contribute to the development of the local film industry and is passionate about youth development and empowerment.

Moonlit Windows congratulates the talented and gracious Horsford on her new honorary position as tourism ambassador to Antigua and Barbuda. We also applaud the government of Antigua and Barbuda, and most notably the Hon. John Maginley, tourism minister, and the tourist office in New York under the visionary direction of Samuel-Whitlock and her team for honoring Horsford, actress and comedian extraordinaire, who exquisitely and brilliantly exudes "key influences in [her] various fields," one of the qualities that Antigua Tourism is looking for in their ambassadors.

The "Moonlit Windows" column takes an insightful look at the lives of spirited, life-changing women living extraordinary lives in their quest for what it means to be human in the 21st century.