A victory for women's health 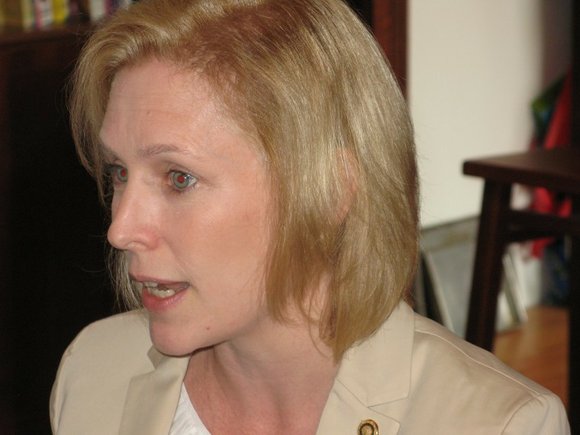 Last week was a major victory for families across the nation, when the U.S. Supreme Court reaffirmed the hard-fought progress for important health care reforms by upholding the Affordable Care Act. This important decision will benefit more than 1 million New Yorkers.

I was pleased the highest court in the land rightly upheld the basic principle that no unexpected illness or accident should result in a family's financial collapse. Under the new health care act, no one can be denied coverage for a pre-existing condition, being a woman will no longer be a pre-existing condition, young adults will be covered until the age of 26, prescription drug costs for seniors will be reduced, preventive care including life-saving mammograms will be accessible and insurance companies can no longer cancel your coverage when you get sick.

This bill is far from an esoteric exercise. Eighty-six million Americans have benefited from free preventive services like mammograms for women or wellness visits for seniors. Another 17 million children with pre-existing conditions can no longer be denied coverage, and over 6 million young adults will have the security of coverage until age 26.

Some of the most important reforms will be for women, who shouldered the worst of the health care crisis, including outrageous discriminatory practices in care and coverage. Without the health care law, women paid more for coverage sought for the same age and the same coverage as men had. In general, women of childbearing age spent 68 percent more on out-of-pocket health care costs than men.

It was simply wrong that many insurance plans did not cover the most essential services required by women, such as Pap smears and mammograms, and according to the National Women's Law Center, a majority of policies excluded maternity coverage altogether. A standard in-hospital delivery can cost between $5,000 and $10,000. This law will now require insurance companies to include maternity coverage and provide this essential preventive care to stay healthy at no additional cost. It is simply unacceptable in the year 2012, a pregnant woman does not have coverage for the essential services she needs for her and her child.

Most importantly for women, starting in 2014, insurance companies can no longer refuse coverage for women due to everyday "pre-existing" conditions such as being a breast cancer survivor, having given birth by C-section or being a victim of domestic violence. The bottom line is the new law reaffirms that being a woman should not be a pre-existing condition and prohibits insurance companies from charging women higher premiums than they charge men of the same age for the same coverage.

The fight to end pre-existing conditions was an important fight worth having, and so was the fight to provide more than 1 million New York residents and hundreds of thousands of small businesses with tax credits to help them purchase health coverage and bring costs down.

Previously, small business owners paid an average of 18 percent more than their competitors for health care, which sometimes forced them to choose between employee health benefits or making new hires. I have heard too many disturbing stories about insurance companies raising premiums by astronomical rates before the new health care law fully goes into effect, and I am committed to ensuring there is a full investigation to get to the bottom of any price gouging on the backs of New Yorkers.

Bending the cost curve by going from an emergency room-based system to a preventive care system where everyone has insurance is a historic step in the right direction. And for our seniors, saving $600 a year on prescription drugs in this tough economy will mean more money to put food on the table and using less of their hard-earned savings to pay for medications they rely upon to stay healthy.

Instead of going back to our respective corners to fight old political fights that have now been settled, it is time for Congress to get beyond the gamesmanship of scoring political fights and find common core values to pass legislation that will help grow our economy and get more people back to work. It's what the American people expect of us.