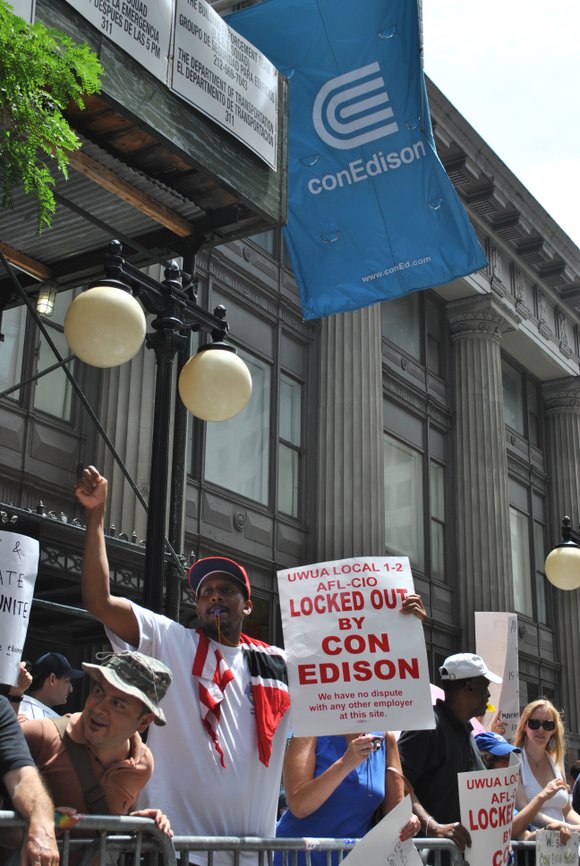 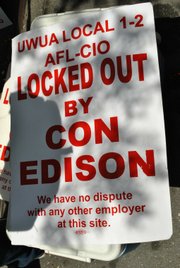 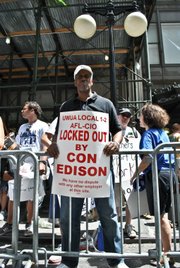 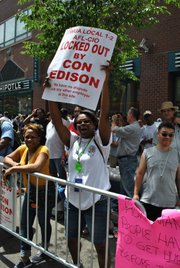 Another day, another breakdown in talks between Con Edison management and the union that supplies their labor.

"We'll be back talking to them, but I wouldn't look for a resolution today," said union spokesperson John Melia to the AmNews on Tuesday afternoon. His prediction came true.

Members of Utility Workers of America Local 1-2, the union that represents 8,500 Con Edison employees, are still on the picket lines after new contract talks broke down on Tuesday.

In a press release, Con Edison detailed what they had allegedly offered in their deal to the union. According to the details of management's proposal, there would be "wage increases of more than 10 percent over four years, further wage increases [would] be available for employees who have not yet reached the maximum rate of pay in their job title, current defined benefit pension formulas [would be maintained] for all employees hired before July 1, 2012, and four existing company holidays [could] be exchanged for a different day off."

According to Con Edison, the proposed deal also included an increase in the participating contribution to either employees' thrift savings plans or 401(k)s.

But a release from Local 1-2 countered Con Edison's statement and referred to it as "double-talk."

"[There will be] huge increases in employee payments for health care that will wipe out any improvements in wages and reduce our standard of living," read their release. "Current employees pay for their retirement by selling out all new members who, after 30 years of service, will get a measly $800 monthly retirement benefit. Con Ed also demanded that locked out employees drop all legal challenges to the company's brutal decision to put them on the street and to unilaterally eliminate their health care.

"Don't be conned by Con Ed's double-talk!" concluded the statement.

"They did present a comprehensive offer at noon that we are now going over and preparing a counter-proposal; it is the first time we've been handed a completely new set of proposals," Melia said. "There's been some movement, but Con Ed is still intent on busting the unions. Con Ed continues its lies."

He referred to a piece on local TV news station NY1 about the labor talks that used the mention on Con Ed's website of the 10 percent increase in their proposal. "That's false on its face. Once again, it goes to the character of the company."

Con Edison has been using managers in place of union members since the lockout began earlier this month. Last Wednesday, one of those managers suffered minor injuries in a manhole explosion on the Upper West Side.