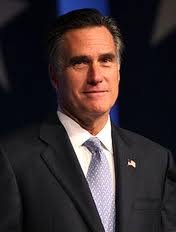 Mitt Romney, the presumptive Republican nominee for president, and Vice President Joe Biden were both jeered for different reasons during their appearances at the annual NAACP convention in Houston last week.

Romney, addressing the crowd a day before the vice president did, was booed for what he said, while Biden was booed for not saying enough.

The GOP presidential hopeful was doing all right until he got to the third point of his plan to put the nation back to work. "I will reduce government spending," he promised. "Our high level of debt slows GDP growth and that means fewer jobs. If our goal is jobs, we must--must--stop spending over a trillion dollars more than we earn. To do this, I will eliminate expensive, nonessential programs like Obamacare."

The plan was hardly out his mouth before Romney was greeted with a sustained cascade of boos. After the jeers subsided, Romney cited a recent survey that showed Obamacare did not improve the job situation. He then resumed his speech, in which he quoted Frederick Douglass, the Rev. Benjamin Hooks and Dr. Martin Luther King Jr., drawing a good reaction to each.

Toward the end of his nearly half-hour speech, Romney said, "I can't promise that you and I will agree on every issue. But I do promise that your hospitality to me today will be returned. We will know each other and work to common purposes. I will seek your counsel. And if I am elected president and you invite me to next year's convention, I would count it as a privilege and my answer will be yes."

The sound of an organ was a signal perhaps for him to bring his speech to a close in the same way his comment about coming to the convention again next year if he is elected was a dig at the nonappearance of President Barack Obama this year.

Obama, however, did send a video message to the convention along with his emissary, Biden, who quickly stressed the importance of Obamacare during his speech two days later.

"This is a man, this is a president, who has the character of his convictions," Biden began, recounting the struggle to get the law passed. It was also an opportunity to assail Republicans and charge them with being cynical "obstructionists" with nothing more than an aim to defeat Obama.

To resounding applause, Biden tore into Republicans and their plans of retrenchment and suppressing voter registration. "We went through these battles. I didn't think we'd be back," he asserted. "Did you think we'd be fighting these battles again?"

The answer came in waves of "no" and a lusty round of applause.

Throughout his speech, Biden's remarks were soundly approved, and he was on a good roll when he decided he had said enough, much to the chagrin of his listeners.

"Folks, there's a lot more to say, but this is preaching to the choir," Biden concluded.

But the choir clearly wanted more, and they can get it in the future if the convention is successful in helping reinvigorate voter turnout for the president, as when African-Americans overwhelmingly supported Obama in 2008.