Bringing the U.S. before the International Criminal Court 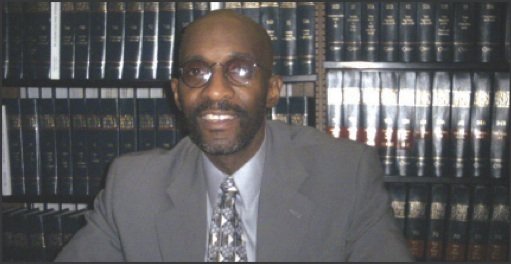 Bringing the U.S. before the International Criminal Court

On June 18, a pan-African delegation will deliver a petition to the Hague, Netherlands, demanding that the International Criminal Court (ICC) prosecute the United States, Britain, France, Italy, Canada and NATO for war crimes and crimes against humanity. This delegation maintains that the ICC has become another weapon in Western countries' campaign to recolonize Africa and African people.

According to human rights attorney Roger Wareham, "The crimes we are charging them with were committed during the NATO invasion of Libya and the overthrow and assassination of Libya's Col. Muammar Gaddafi; the U.S.-led overthrow of Haiti's duly elected President Jean-Bertrand Aristide in 2004; the French military intervention that resulted in the capture and arrest of President Laurent Gbagbo of the Ivory Coast; the institutional racism the United States inflicts upon its Black population, particularly in regards to racial profiling, stop-and-frisk and incarceration rates; and the sanctions campaign designed to punish President Robert Mugabe for returning the land stolen by white settlers to the indigenous people of Zimbabwe."

This campaign began on May 19, 2011, when the December 12th Movement and several organizations, including the Nation of Islam, CEMOTAP, WADU and AAPRP, gathered to celebrate Malcolm X's birthday and pledged to hold a Millions March in Harlem rally to protest the U.S./NATO bombing of Libya, attacks on Zimbabwe and the racist assault on Black folks in the United States.

The hugely successful rally was held on Aug. 13 and was followed up with a historic International People's Tribunal (IPT) at Columbia University Law School on Jan. 14. The judges at the IPT--attorneys Lennox Hinds, David Comissiong and Rosemari Mealy--found that the evidence presented made a prima facie case of crimes committed. It is the IPT's findings that serve as the basis for the papers that the delegation will submit to the ICC on the morning of June 18.

That afternoon, the delegation will hold a conference, "The ICC and the Task of Ending NATO's Immunity for War Crimes," at Erasmus University in the Hague. It will look at the institutional racist bias of the ICC--in its 10 years of existence, the only people who have been prosecuted are Africans--and how participants can push forward the campaign to prosecute NATO countries for their international crimes.

December 12th Movement Chairperson Viola Plummer said, "At the conference, we will address the key role that the demand for reparations plays in our battle to defeat the Western campaign to recolonize Africa and Africans."

Plummer concluded, "This campaign continues the task Malcolm X left us, to take our situation to the international arena. Upon the group's return from the Hague, we will, as usual, hold a community report back on what occurred and which way forward."