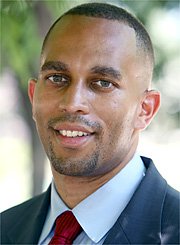 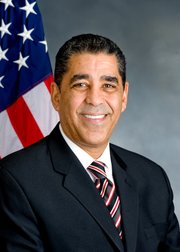 On Tuesday, TWU Local 100 endorsed Espaillat who is running against Rangel in the primary later on this month. Espaillat reflected on the endorsement during a news conference in lower Manhattan.

"I am truly humbled to receive the endorsement of the men and women of TWU Local 100," said Espaillat. "With TWU's support and the support of voters across Manhattan and the Bronx, we will win this campaign and bring the bold, new ideas needed to change Congress and get America moving again."

Local 100 President John Samuelsen explained why they picked Espaillat in a statement.

"With New York City, and our country, facing unprecedented challenges and opportunities, we need a congressman in Washington, D.C., with a bold vision to fight for a strong public transit system in New York and for all the issues facing our families. Adriano Espaillat will be that congressman," Samuelsen said. "Senator Espaillat has already demonstrated that he can deliver for New York's families." Samuelsen cited Espaillat defending "well-paying" transit jobs and fighting attempts to cut funding to New York City's transit system.

When asked by one reporter at the Espaillat endorsement conference if this was a denouncement of Rangel, Samuelsen said that wasn't the case. Samuelsen said that the endorsement shouldn't be viewed as an attack on Rangel and that it was strictly based on Espaillat's "passionate" support for transit, transit workers and Tier VI pension reform in Albany.

Espaillat wasn't the only big endorsement for TWU, as they lent their support in another congressional primary going on in Brooklyn. Last week, Local 100's executive board voted to endorse Assemblyman Hakeem Jeffries over New York City Councilman Charles Barron for Congress.

"Hakeem has always stood in solidarity with the working men and women of labor," said Samuelsen in a statement. "His recent vote against the Tier VI pension proposal is evidence of his support for working families and the 99 percent. In Washington, Hakeem will be a champion for transit issues who we look forward to working with to secure more federal funding for New York City's mass transit system."

The primaries take place on June 26.