A father to the community: Willie Davis 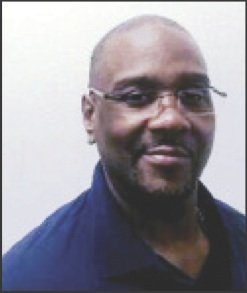 A father to the community: Willie Davis

A father of four, Willie Lee Davis Jr. is also a father to children in the community. Through his job as a recreation director in the New York City Department of Parks and Recreation, he spends his days with kids, coaching sports. However, he recently focused his attention on bullying and is on a crusade to end it.

Originally from Harlem, Davis has been living in the Bronx for the last 15 years. Prior to working for Parks and Recreation, he worked 10 years in the juvenile justice system as a recreation director at Horizon in the Bronx. He currently works at Lost Battalion Hall Recreation Center in Queens.

Davis got into recreation because his father owned a gym while he was growing up. "I've been in recreation my whole life," he said. "I like to see the kids grow and seeing their faces when they learn something new."

Davis has one son and three daughters and says the best thing about being a dad is giving his children what he didn't have when he was growing up. While his own parents were involved in his life, he wasn't able to spend too much time with them because they were constantly working.

"My parents weren't able to be hands-on all the time because all they did was work. With my kids now, I am able to go to basketball games and everything. Raising kids is just a good thing," he said.

However, fatherhood for Davis doesn't stop when he leaves home. The dozens of kids he comes in contact with on a regular basis often see him as a father figure. "I work with about 60 kids at my job and I try to instill good habits in them. I try to show them respect and be the best example I can to them. A lot of adults don't realize that kids are always looking at what we do," he said.

In 2010, Davis started the organization Project Speak Up Now, an anti-bullying campaign designed to stop the trend that has become a deadly national issue. Davis noticed that the issue of bullying was not often discussed in urban communities, especially among Blacks and Latinos, where traditional views of masculinity and views on woman are often more prevalent. He and his teenage daughter have done presentations across the city about bullying and recently held a march from the Bronx to Harlem speaking out against it.

His interest in the issue was sparked by suicides that have happened as a result of bullying, along with how bullying was being handled at his children's schools.

"The bullying needs to stop," he said. "It's the kids who want to do something positive with their lives who get targeted. We need something in the community that speaks up for them."

Davis hopes to build a headquarters for his organization in Harlem that would serve as a safe space for children who are victims of vicious bullying.