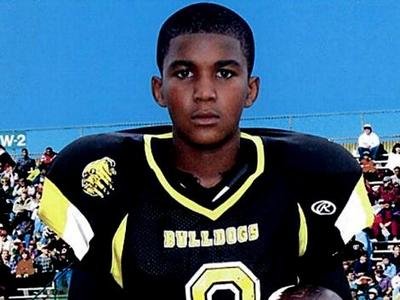 Fight on for Trayvon

Trayvon Martin's parents are asking Florida lawmakers to reconsider the state's "stand your ground" law. On Tuesday, in Longwood, Fla., Sybrina Fulton and Tracy Martin held a press conference at the Florida Task Force on Citizen Safety and Protection's first meeting to receive public comment on the role of the state's "shoot first" law in the killing of their 17-year-old son.

At the rally and press conference, more than 340,000 petitions were delivered calling for the reform or repeal of "shoot first" laws.

Standing in front of a church, the petitions were presented in dozens of boxes. Martin and Fulton asked the task force to support the "Trayvon Martin amendment," which would prevent shooters from being the pursuer and still claim "stand your ground," according to reports.

In Feburary, George Zimmerman confronted Trayvon Martin, who was unarmed, in Sanford, Fla. Zimmerman thought Martin looked suspicious and, during a fight, shot him fatally in the chest. The incident has raised serious questions about "stand your ground" laws.

"They need to amend these laws," Fulton said. "I don't have anything against the 'stand your ground' law, it's the way that it's applied."

Martin's father agreed and said that had Zimmerman followed police orders and not gone after his son, the shooting would have never happened.

"Had George Zimmerman never gotten out of his vehicle, had he stayed in his vehicle, he wouldn't have reason to stand his ground," Tracy Martin said.

During her testimony at the hearing, Fulton said there is a loophole in the law that justifies shootings similar to the one that killed her son.

"I had to bury my son who was 17. He was breaking no law. He had done nothing wrong," she said. "Something is seriously wrong when a minor child is dead right now and there's a man who's using the law to defend killing him."

Martin and Fulton are scheduled to speak about the case and their son at the National Association of Black Journalists' annual national convention in New Orleans, La., next week in a panel discussion. They will be joined by their attorney, Benjamin Crump, and the Rev. Al Sharpton.

Meanwhile, an order was filed this week revoking Zimmerman's bond, sending him back to jail. Originally, he was out on a $150,000 bond, which he made using donations to his website. A judge said that Zimmerman and his wife lied about their financial condition, raising questions about Zimmerman's credibility as the trial moves forward.

"It is apparent that [Shellie] Zimmerman testified untruthfully at the bond hearing," Judge Kenneth Lester wrote in his order. "The defendant also testified, but did not alert the court to the misinformation. Had the court been made aware of the true financial circumstances at the bond hearing, the bond decision might have been different."

Zimmerman will appear back in court on June 29.

The situation has led to perjury charges against Zimmerman's wife, Shellie, for lying to a judge about her family's finances. She was released on bond on Tuesday and faces five years in prison if convicted.