One night only: The unforgettable Natalie Cole At Lehman Center June 24 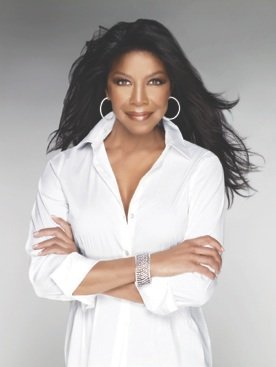 Since her debut album in 1975, Cole has scored No. 1 hits in the pop, R&B and smooth jazz genres, including "This Will Be (An Everlasting Love)," "Miss You Like Crazy" and "Unforgettable," a poignant duet with a recording by her late father, the legendary Nat King Cole.

The evening will also feature comedian Terry Hodges. For this special night, concertgoers will have the opportunity, for an additional $50, to attend a post-concert meet and greet with Cole and take photos with her.

Cole, who grew up in L.A., made her stage debut in her father's nightclub act at age 11 and rocketed to stardom in 1975 with her debut album, "Inseparable," which earned her a No. 1 single with "This Will Be (An Everlasting Love)" and two Grammy Awards for Best New Artist and Best Female R&B Vocal Performance. More hits followed, including 1976's "Sophisticated Lady (She's a Different Lady)," 1977's "I've Got Love on My Mind," 1978's "Our Love" and 1980's "Someone That I Used to Love."

In 1987, she released "Dangerous," which sold over 2 million copies in the United States and included three hit singles--"Jump Start," "I Live for Your Love" and a remake of Bruce Springsteen's "Pink Cadillac."

In 1991, Cole took a bold leap. Already a highly successful R&B artist, she amazed everyone when she recorded "Unforgettable...With Love," an album of standards from the American songbook that included a duet with her late father on the title track. The album spent five weeks at No. 1 on the pop charts; earned six Grammys, including Song, Record and Album of the Year; and sold more than 14 million copies worldwide.

She released "Take a Look," which won a Grammy in 1993 for Best Jazz Vocal Performance, and "Stardust" in 1996, which won a Grammy for Best Pop Collaboration with Vocals. She followed them with "Snowfall on the Sahara" in 1999 and "Ask a Woman Who Knows" in 2002.

Hodges, the original host of "Showtime at the Apollo," has toured the United States and internationally with such artists as Chris Tucker, Patti LaBelle, Anita Baker, Boyz II Men and the O'Jays, He performs at comedy clubs and colleges and has appeared on "Russell Simmons' Def Comedy Jam," "BET Comic View" and "Uptown Comedy Club."

Lehman Center is accessible by taking the 4 or D train to Bedford Park Boulevard and is off the Saw Mill River Parkway and the Major Deegan Expressway. On-site parking is available for $5.