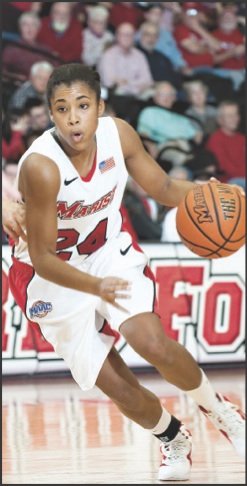 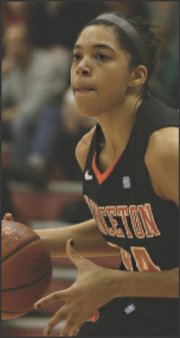 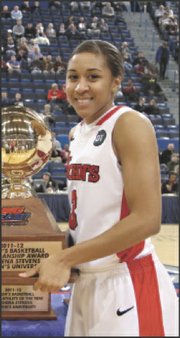 Regular season play and conference tournaments are done for women's college basketball. Four Division I teams from New York and New Jersey are headed to the NCAA tournament, one to the postseason WNIT and one to the WBI.

Marist College: The Red Foxes have earned their seventh consecutive trip to the Big Dance. They're the 13th seed in the Raleigh region, facing off against fourth seed Georgia, an elite SEC team and past NCAA champion, in the first round. MAAC Player of the Year senior guard Corielle Yarde is undaunted. "It is just as exciting as past years," she said.

Princeton University: It's a third consecutive trip to the tournament for the Princeton Tigers, the ninth seed in the Kingston region. While they demolished other teams in undefeated Ivy League Conference play, they've yet to win a game in NCAA action. Ivy League Player of the Year Niveen Rasheed and All-Ivy Second Team selection Devona Allgood are looking to change that against their first-round opponent, eighth-seeded Kansas State. "We're treating this as a business trip and not just there to be there. We're there to win a game and advance in the tournament," said Rasheed.

St. John's University: The Red Storm are peaking at the right time. Regular season started with a string of injuries but ended with accolades and a top 25 national ranking. Kim Barnes Arico is now the winningest coach in program history and was named Big East Coach of the Year. Senior forward Da'Shena Stevens is the Big East Women's Basketball Scholar-Athlete of the Year and junior guard Shenneika Smith was named to the Big East All-Tournament team. Third seeded in the Fresno region, St. John's faces No. 14 Creighton in the first round.

Hofstra University: The Pride met defeat in the quarterfinals of the Colonial Athletic Association tournament but received an invitation to the WNIT. They will play at home versus Harvard tonight.

Manhattan College: It's a return to the WBI for the Jaspers, who played at home against Robert Morris last night.