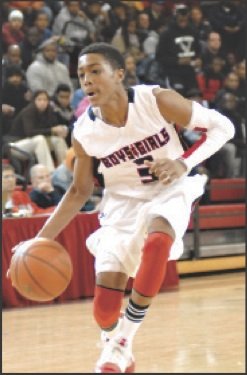 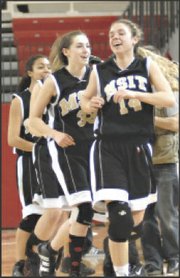 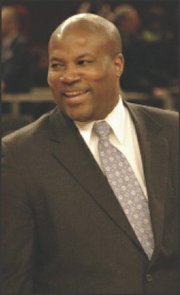 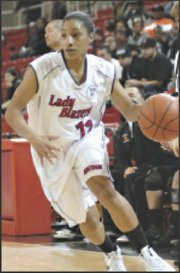 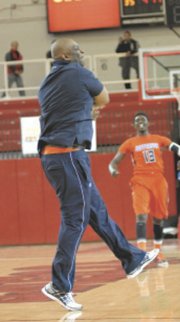 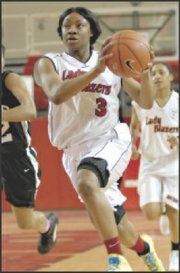 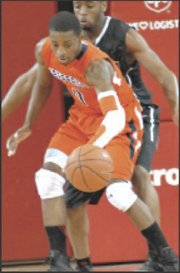 It was a terrific day of high school basketball at the Lou Carnesecca Arena on the campus of St. John's University. It was semifinals time, PSAL-style.

The crowd, some going and some coming, watched the hard-playing Murry Bergtraum Lady Blazers, who were coming off a first-round bye, score a 60-49 quarterfinal win over Abraham Lincoln, which sent them happily to the semifinals. There, the 13-time PSAL city champs beat Francis Lewis 56-48, setting up a 10 a.m., March 17 championship game at Madison Square Garden against the blazing hot, 3-point let-it-fly ladies from the McKee/Staten Island Tech Seagulls, who went 14-0 on the island.

Leaving their home base, the Seagulls came to the city and put a whipping on No. 13 Manhattan Center 53-25 and scored a sound, fundamental 64-51 win over John F. Kennedy. The gunning Seagulls may well be the greatest 3-point shooting team in PSAL history.

Kelin Walsh, a deadeye gunner, and Kaitlyn Astel can fire on the run or in a fixed position. They put on a show for their fans, who filled the seats at Lou Carnesecca Arena. They shot down top-ranked South Shore in their semifinal matchup and will head to the Garden on Saturday full of confidence.

On the guys' side, Boys & Girls will have their collective hands full with coach Lawrence Pollard's Thomas Jefferson Orange Wave. Abraham Lincoln roared back from a 19-point deficit but fell short to coach Ruth Lovelace's Kangaroos in a terrific game, which was followed by an even greater game between Wings Academy and Jefferson, with the latter winning in the closing seconds.

The stage is set for Thaddeus Hall, who played a terrific semifinal game against Wings Academy as the clock was running down. Hall scored on a 3-point play in just under 10 seconds, then hung around under the basket and stole the inbound pass--though we think he stepped over the in-bounds line--just before he soared over the crowd for a basket-rattling dunk to clinch the win.