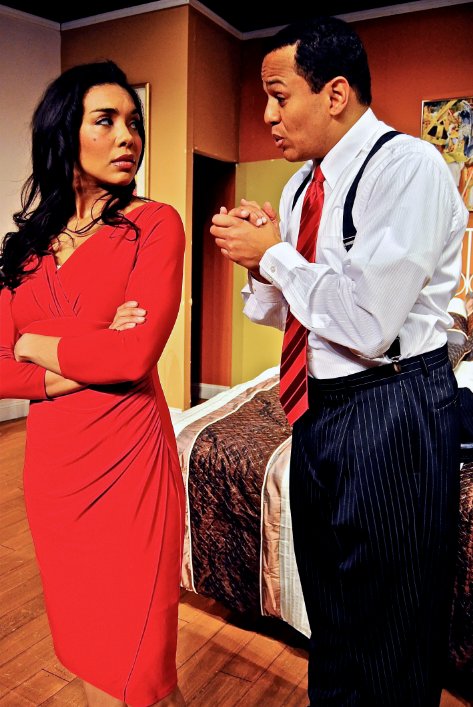 A new show opened at the Billie Holiday Theatre in Brooklyn, which by the way is celebrating 40 years. The play, "Plenty of Time," is a romantic comedy, a love story that is definitely recommended for an adult audience.

Written by John Shevin Foster, it tells the story of Christina and Corey. Christina is a rich, 17-year-old college freshman who has a lot more on her mind that school work. Corey is a working-class man she meets at a party. The play is set in Christina's parents' house in Oak Bluffs on Martha's Vineyard.

The audience is quickly introduced to these two characters and one can see that although Christina is young, she also says some wild things. Corey, in turn, has responses for the things she says. After they have slept together, they each start to reveal their true selves.

While their first meeting seems to end a bit roughly, it went well enough that they decide to do this for a weekend every year. As the years go by, Foster lets the audience watch these characters and their relationship mature. They have separate lives outside of this place, and they discuss the problems they are facing, from their annoying jobs to being in relationships with people to whom they only show their superficial sides.

As the years go by, the couple develops more than a relationship for lovers; they are like best friends and they support and encourage each other. They have even begun to call each other at other times of the year just to talk on the phone.

Foster develops the individual characters in a very interesting way, allowing them to examine the demons in their lives and move past them.

Overall it is an entertaining play and, again, contains mature subject matter. Christina is entertainingly portrayed by Celestine Rae. In the beginning, she seems to have a slow start with the character, but as the play picks up, she comes more into the role.

Jackie Alexander plays Corey and he is constantly on point from start to finish. He is also the play's director. It's interesting to watch Alexander on stage, since at the Billie Holiday I'm so used to him being the creative genius behind the work; he is a celebrated playwright at the theater.