Charlene Faison work with science on the job, church at home 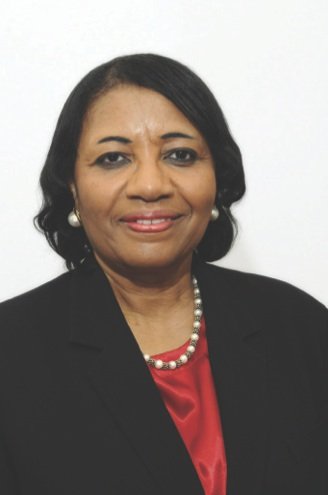 Charlene Faison work with science on the job, church at home

"I always felt that my calling in my life was to be helpful," said Charlene Faison while sitting in a waiting room at the Convent Baptist Church in Harlem, where she serves as associate minister. "Not only in the church, but in my secular occupation."

Faison was honored as one of "25 Influential Black Women in Business" by the Network Journal during a March 22 ceremony at the New York Marriott Marquis, and it's easy to see why. Faison is currently the manager of nuclear licensing for Entergy and one of the few Black women to be found in the realm of science. However, her journey tells a much more complex story--one that centers around what so many continually debate: religion and science. Both are on an equal plane for Faison, and both are important parts of her life.

"My family was not able to send me to college for four years straight," said Faison. "So I went to college in the South for two years, and when I relocated to New York, I decided to work first, then continue my education."

The furthering of Faison's education resulted in her obtaining a Bachelor of Science in radiological health science and a master's in business administration (management) from Manhattan College, located in Riverdale, N.Y. However, her dreams of working in something science-related started earlier.

"Science and math interested me more in school," said Faison. "History was good--and now I have a better appreciation of history--but science and math were always my favorite subjects.

"I originally wanted to be a doctor, but I don't like hypodermic needles and I don't like the sight of blood," said Faison, laughing. "I've always been interested in science, specifically biology and chemistry. My dream in high school was to work in a lab and wear a white lab coat. The Lord blessed me because I got to fulfill that dream."

After graduation, and due to aggressive campus recruiting, Faison worked for Con Edison at the Indian Point nuclear power plant in the environmental group and then moved on to the chemistry wing of the company. She ended up working for the New York Power Authority after they bought Indian Point Unit 3 from Con Edison.

Indian Point provides about a quarter of all of New York State's power.

"I eventually went from being a chemist to an engineer in the radiological department," said Faison. "And from that I transferred to the corporate office for the New York Power Authority in Manhattan at Columbus Circle, where I worked as the supervisor for emergency planning at Indian Point."

Her steps up the corporate ladder-one by one-eventually led to her current position with Entergy. One could attribute hard work to her success, but Faison would attribute it to something else as well.

"My grandmother has always been a catalyst for me--to study hard and to achieve," said Faison. "She told me that I could be anything I wanted to be, and the Lord has blessed me pretty well."