Born in Nigeria, Marvellous Iheukwumere's goal is to make the Olympic team 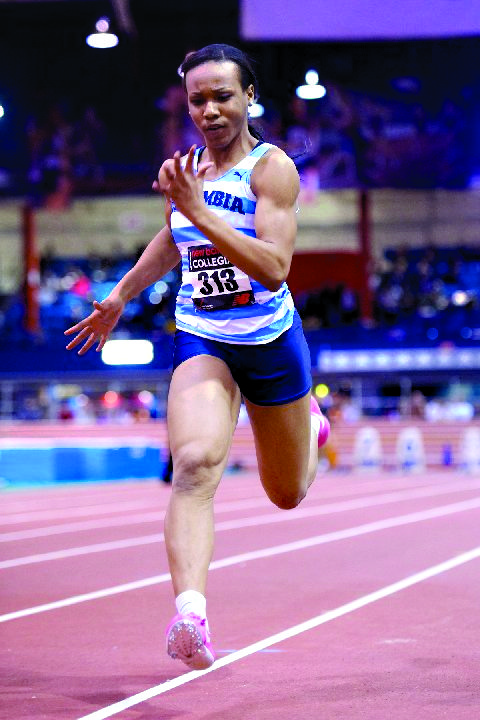 Born in Nigeria, Marvellous Iheukwumere's goal is to make the Olympic team

While some members of Columbia University's track and field team competed at the Penn Relays last weekend, sophomore sprinter Marvellous Iheukwumere had a rare weekend off to get some rest as she heads into a hectic time.

"What always keeps me going is that I remember I chose to come here. I saw it as a gift from God," said Iheukwumere, who had originally decided to attend Arizona State before the opportunity to come to Columbia arose unexpectedly. Seeing how much some of her high school classmates valued Ivy League universities, she felt she could not pass up the opportunity to excel academically and athletically.

This year, Iheukwumere has richly rewarded the potential the Columbia track coaches saw in her. During indoor season, she played a major role in Columbia's winning its first-ever women's Ivy League Indoor Track & Field Championship. She was the indoors champ in the 200-meter dash and took second-place in the 60 meters. For her accomplishments, she was named the Armory's "Women's College Athlete of the Year." Pretty impressive for someone who found her way into track after coaches observed her quick foot-speed on the soccer field.

Born in Nigeria, her family moved to Austin, Texas, when she was 8. She learned about competitive track by watching meets at nearby University of Texas. She credits her deep Christian faith and her incredibly supportive mother with enabling her to travel so far from home.

"New York reminds me of the city I grew up in as a child in Nigeria. It's very cultural and very diverse," she said.

Her goals at the moment include qualifying for the NCAA Championships and making the dean's list again. She recently declared a major in psychology and a special concentration in business management. She's been accepted into a two-year fellowship where she'll be conducting her own research. She is also investigating the possibility of getting a spot on the Nigerian Olympic team, which would put a summer internship on the back burner.

"By God's grace," Iheukwumere said. "That's one of the biggest goals I have."