To celebrate 'the Year of Alabama Food' 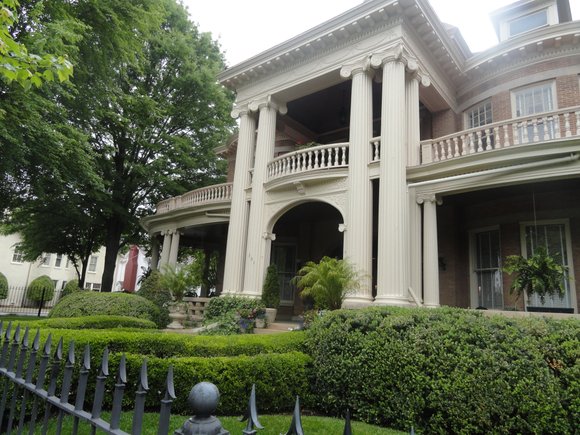 To celebrate 'the Year of Alabama Food'

You didn't have to ask me twice. I had already delved into the gastronomic pleasures of "the Heart of Dixie" in previous visits and knew of its celebrated flavors, chefs and delectable creations.

Each region of Alabama has its own specialties and unique flair, but together the state is a must-experience escapade for everyone, from the mildly adventuresome to die-hard foodies--those, like myself, who don't simply eat to live, but rather live to eat!

The brochure "100 Places to Eat in Alabama Before You Die" is a wonderful appetizer to all the state has to offer--from soft-shell crab po'boys at Mary's Place in Coden to blackened catfish at Cecil's Public House in Alexandria City, spring rolls with peanut sauce at Lek's Taste of Thailand in Montgomery, chicken breast sandwiches at Restaurant on Grumbles Alley in Selma and everything in between.

This current adventure is just one of several culinary media tours designed to highlight and celebrate 2012 as "the Year of Alabama Food."

My first stop for this odyssey of epicurean indulgences was Huntsville. Located in the heart of the Tennessee Valley. Huntsville--the fourth largest city in the state--is a city of historic contrasts.

First settled in 1805 by frontiersman John Hunt, the city was originally named Twickenham after Alexander Pope's English home but was renamed "Huntsville" in 1811. The name Twickenham did not disappear however, and today the Twickenham Historic District is known as the largest antebellum district--featuring classical, Federal and Italianate architecture styles--in Alabama.

Huntsville served as the state's temporary capital in 1819 when Alabama was awarded statehood as the 22nd state of the Union. The location for this historic decision was made at what is now Alabama Constitution Village, an outdoor history museum that details life in the city at that time.

In general, Huntsville has always been a driving economic force. Known at one point as "King Cotton's Realm," the city was the center of cotton production of the day, evidenced today by the abundance of plantation-style architecture that still exists.

In the mid-1800s, Union forces in the Civil War decided to capitalize on the city's location, basically setting up shop here with a communications center that played a pivotal role in several key battles. Great places to learn more about the Civil War in and around the city include the Weeden House Museum, an 1819 home that was requisitioned for use by federal officers, and the Historic Huntsville Railroad Depot, listed in the National Register of Historic Places.

Highlighted by the picturesque, southernmost ridges of the Appalachian Mountains, spectacular views of Monte Sana (Spanish for "Mountain of Health"), which rises 1,600 feet above sea level and is the home of Monte Sana State Park, and the mighty Tennessee River, the city is immensely proud of its cotton-dominated economic roots--albeit roots that thrived on the backs of slave labor--dating back to the early 1800s, and its current reputation as the forefront of international space and science technology.