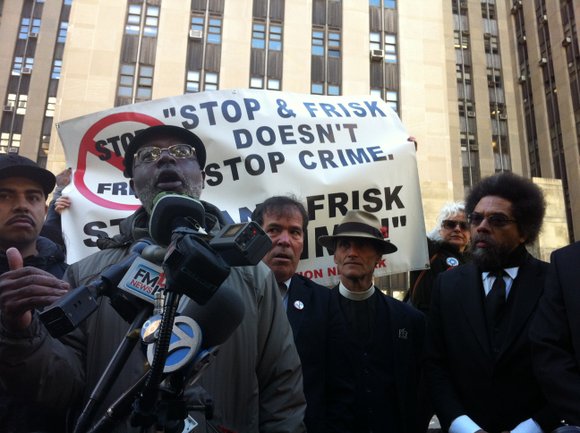 On Friday, May 4, Judge Robert M. Mandelbaum, in one of the biggest political protest trials in New York's recent history, found 20 activists guilty of disorderly conduct, an offense classified as a violation, not a crime.

During a nonviolent protest on Oct. 21 these individuals formed a human chain outside the NYPD's 28th Precinct headquarters in Harlem to protest the more than 8,700 stops and frisks conducted by the precinct in 2011.

Nineteen of the protesters were sentenced to time served, which is the period of time they already spent in jail after being arrested. One defendant who got into a heated exchange with prosecutors while on the stand was sentenced to two days of community service.

Before entering court on April 30, Ari Brochin, a lawyer for the group, said they were planning on using a justification defense that actions that otherwise may be illegal are not criminal if they are justified by preventing a greater harm, in this case the harm caused by stop-and-frisk incidents. But after the first day of the trial, the judge barred lawyers from using that argument.

According to the American Civil liberties Union of New York State, last year 685,724 New Yorkers were stopped by the police. Of those, 53 percent were Black, 34 percent were Latino, and 51 percent were aged 14-24. Of the stops, 88 percent of the people were found to be innocent of any crime.

On May 3, the Police Reform Organizing Project (PROP) also released a collection of quotes from present and former NYPD officers "that demonstrate, in their own words, the illegal tactics and racially biased attitudes that are endemic to the daily operations of the department," according to PROP.

Before the trial, Carl Dix, a founding member of the Revolutionary Communist Party and one of the 20 people detained, said, "We say that there is a criminal conspiracy here, but the head of that criminal conspiracy is Ray Kelly of the NYPD. He has his police force carrying out the revocation of the right to be secure against unreasonable search and seizure if you happen to be Black or Latino. His main co-conspirator is [Mayor] Michael Bloomberg."