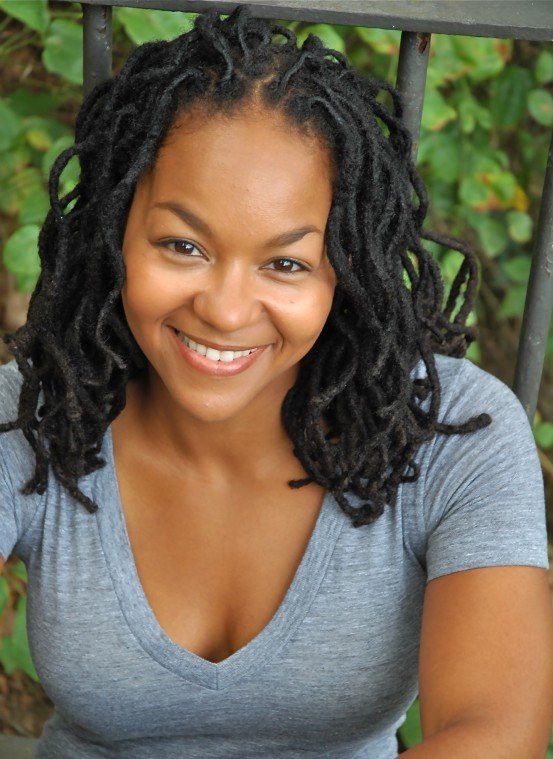 "Clybourne Park," written by Bruce Norris, is a funny and very relevant play showing at the Walter Kerr Theatre on Broadway. It is a play that looks at racism in this country and the real issue of gentrification. The cast of this play is amazing, and one cast member, Crystal Dickinson, who is making her Broadway debut, definitely gives a noteworthy performance.

Dickinson plays two roles--Francine and Lena. Francine is a maid in Act 1 who works for a rich white family and Lena is a woman who is upset when a white couple wants to buy the house that once belonged to her great- aunt in a now-Black neighborhood. Dickinson recently took the time to sit down with AmNews and talk about her life and this role.

AmNews: Where are you from?

CD: I was born in Belleville, N.J., but I was raised in Irvington, N.J.

AmNews: When did you know you wanted to be an actress?

CD: I originally studied to be an elementary school teacher, but I met a professor in college, Deirdre Yates, who inspired me to study acting in graduate school. Long story short, I think acting found me!

AmNews: How do you feel when you're onstage?

CD: When I'm onstage, especially in this show. I feel happy and blessed! It's an honor to be part of a production that so many people seem to enjoy and connect with on so many different levels.

AmNews: How do you feel about making your Broadway debut in "Clybourne Park," especially having done it off-Broadway first?

CD: The road to Broadway was fraught with a lot of unexpected twists and turns, but I have to say I am honestly grateful for every one. This process has taught me some excellent lessons in faith and positive thinking.

I have a feeling that fate is on our side with this one. It is an honor to do this deliciously complicated, funny play every night and especially at the Walter Kerr, where some of the finest shows on Broadway have been produced, including three of August Wilson's brilliant plays.

AmNews: How would you describe Francine? What did you draw on to bring this character to life, and who would you say Francine represents at that moment?

CD: Francine is a character very close to my heart because I modeled her after my own grandmother, who was a very strong, no-nonsense woman. She too cleaned homes for a living. However, it was important to me for audiences to see that Francine's life, like my grandmother's, didn't begin and end in the home she cleaned. My grandparents built their own home from the ground up and had a car for church and a car for errands. Being a domestic worker in those days didn't mean you were poor, needy or downtrodden. I wanted to give audiences the sense that Francine and women like her had rich, full lives. I wanted to honor my grandmother and women like her. Francine's facial expressions are just an extension of what she is feeling in the moment, her inner life.