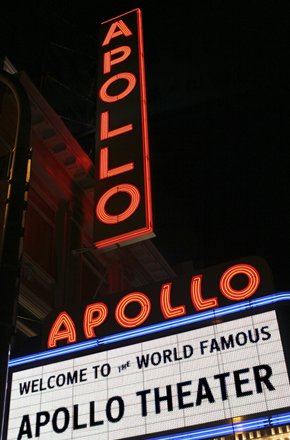 Adding to the already noisy sounds of the hustle and bustle of 125th Street are the sounds of tractors, cranes and jackhammers as Harlem continues to make its transition with major construction projects. Aimed not only at attracting a new breed of tourist who are putting Harlem on their list of must-see places on their trip to New York City, the new projects also aim to satisfy the already thriving neighborhood, which has already seen major changes.

Several projects were publicly announced recently at a town hall meeting in April presented by the Greater Harlem Chamber of Commerce and the Amsterdam News. The developments include the building of a hotel where the Victoria Theater currently sits and the reopening of Minton's Playhouse.

This week, the AmNews spoke with Upper Manhattan Empowerment Zone President and CEO Kenneth Knuckles about some other projects coming to Harlem, including the Caribbean Cultural Center, the National Jazz Museum and Red Lobster.

"The Caribbean Cultural Center is a cultural institution," Knuckles said. "For more than 30 years, it has been dedicated to the history and currency of the Afro-Caribbean experience. The facility will house a combo of office space, performing space and a cafe."

Knuckles added that the project will be a complete gut renovation and that it's expected to open in 2014.

Heading one block west to 125th Street and Fifth Avenue, a vacant lot will soon become a construction site. The owners of the property, which runs to 126th Street, RCG-Longview Capital, was involved in the building of the Aloft Hotel recently built in Harlem. A hotel was slated to be built in the space with football great-turned-television broadcaster Emmitt Smith as a partner on the project, but plans were abandoned.

"We don't know what tenants will be there, but we've heard it might be a Burlington Coat Factory. The intention is to bring a retail facility, possibly with commercial office space," Knuckles said.

Rumors were rampant about the vacant lot on 125th Street and Lenox Avenue, with everything from a Wal-Mart occupying the space to the YMCA relocating there.

As of now, Knuckles said the space will remain a vacant lot until the owners decide what they want to do with it. He could not identify who the owners of the space were.

Finally, the long-awaited makeover of Mart 125 is giving the empty space new life. After years of criticism over the space's lack of use--it was originally intended to bring outdoor street vendors inside--Mart 125 will be transformed into the National Jazz Museum and a New York City Visitors Center. The museum will also house a restaurant while giving people information about the cultural offerings of Harlem.

"The National Jazz Museum will make its home in what was formerly known as Mart 125 and as a portal that will be occupied by a NYC Visitors Center," Knuckles said. "There will be more to be said about the project over the next couple of months."