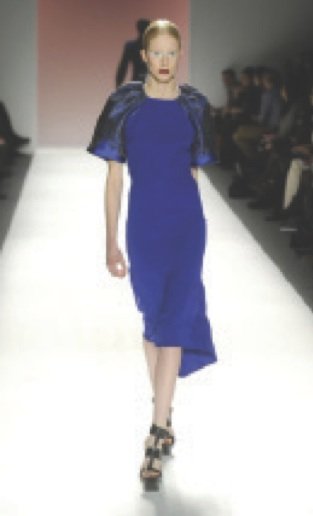 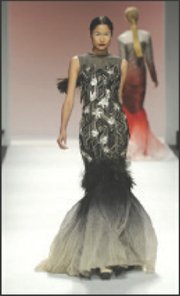 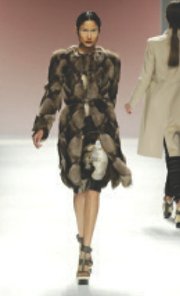 Growing up in the Indian state of Orissa, Bibhu Mohapatra's fall 2012 collection was inspired by his love of sumptuous Indian fabrics, vibrant colors and the crafts of his native land. His evening designs are elegant, purposeful and enhanced with unexpected details.

After completing his MBA in economics, Mohapatra moved to New York City and enrolled in the Fashion Institute of Technology. While working on his degree, he honed his design skills as an assistant designer for the iconic American fashion label Halston. He was recognized for his skill and design aesthetics with the Critic's Award for Best Evening Wear Designer.

He is a recipient of the Women's Apparel 2010 Rising Star Award from the Fashion Group International and the Young Innovator Award from the National Arts Club and is a member of the Council of Fashion Designers of America.

Mohapatra has also worked with J. Mendel under Gilles Mendel. Recognizing the demand for gorgeous gowns and his style of detailing, Mohapatra transitioned easily into designing custom couture evening gowns. At the fall 2012 Mercedes-Benz fashion previews at Lincoln Center, Mohapatra's gowns were glamorous, sensuous and luxurious. His magnificent work with furs is also noteworthy in this collection.

His namesake label was launched with his premiere fashion week collection in 2009 and is currently sold at select boutiques around North America. What makes Mohapatra a strong designer is his unique ability to create party dresses and gowns with flounces of chiffon and smatterings of beadwork for evening. He also designs a more casual collection of daywear and separates that resonate with modern women. These pieces are also executed elegantly.

In an interview, Mohapatra talked about why he's a designer through and through. "When I wake up, I need light. Before I go to bed, I read. A well-dressed man or woman is always inspiring," he said.