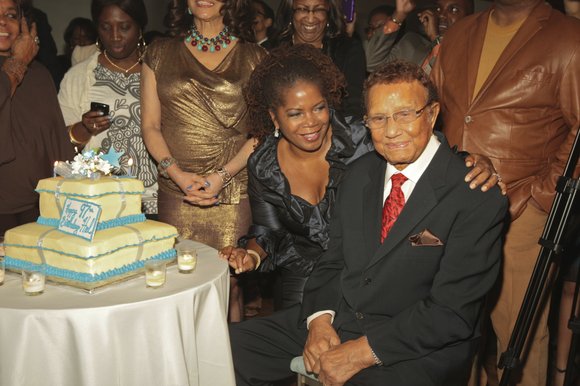 The New York Amsterdam has confirmed that Hal Jackson, 97, passed away today due to illness, more information to come.

WBLS Biography - Who is Hal Jackson? Mr. Jackson is a popular radio and television personality and one of the most respected men in the communications industry. As a radio pioneer, Jackson has experienced many "firsts" that have assisted in opening doors for other aspiring Black broadcasters, musicians and performers.