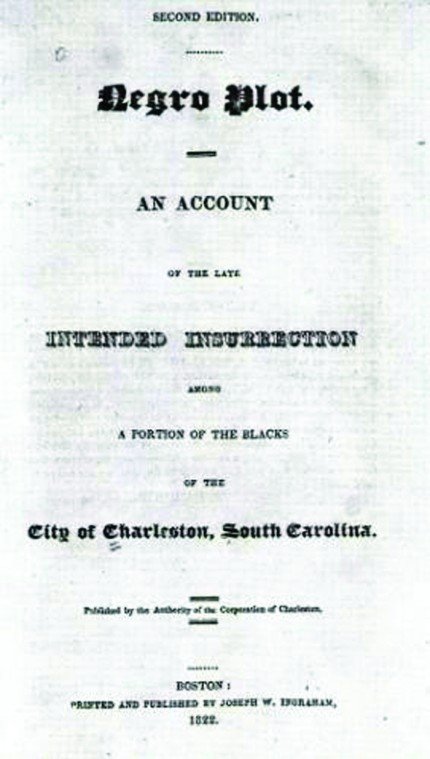 If Denmark Vesey had succeeded in his plan, the well-respected minister, carpenter and activist would have masterminded the biggest slave revolt in history.

The freedom fighter was born a slave in 1767. His original name was Telemanque. At age 14, the boy, by now called Denmark, was sold to a slave trader known as Captain John Vesey as part of a 390-person bounty that Vesey brought from St. Thomas, a major slave port in the Caribbean, to Haiti. He was put to work on a sugar cane plantation.

Young Denmark did not like hard labor and didn't last for long. One day, he angered his new master by dropping to the ground in an epileptic seizure, knowing that it would make him unfit for field work. The next time Vesey came to call, the owner gave Denmark back to him, deeming him "unfit goods."

Denmark stayed with Vesey and never feigned another seizure. For the next two years, he sailed with the captain as he carried out his heinous duties of collecting slaves from Africa and delivering them to the West Indies.

In 1783, the captain decided to give up slave trading and settled in Charleston, S.C. Denmark remained as his personal servant for the next 17 years, taking his last name as was the custom for slaves.

In 1800, he won a $1,500 lottery. The first thing he purchased was his freedom, for $600. He was not, however, able to buy the freedom of his wife and two children. This angered him and set him on a mission to free his people from slavery.

He used his remaining winnings to set up a carpentry business, which thrived. Despite the fact that he was a free man, financially well-off with a successful business, Vesey never stopped thinking about breaking his people free from the shackles of slavery. He was determined to make it happen.

In 1816, Vesey and other free Blacks formed the African Methodist Church in Charleston, where he served as minister. The congregation began pooling money together to buy the freedom of slaves. Vesey likened the plight of the captive African slaves to that of the captive Israelites of the Old Testament. At nearly every meeting, he read from the Bible about how the children of Israel were delivered from bondage in Egypt and preached that Black people would be, too. By 1820, the congregation of the African Church had swelled to 3,000 members.

Whites carefully watched the activities, routinely disrupting services and arresting members. In 1820, the church was closed.

Vesey and the other church leaders, tired and angry about the relentless persecution and wanting to be free of white rule, began planning an insurrection. Vesey traveled around, spreading his message and gaining recruits. By 1822, he had some 9,000 participants.

Vesey knew the horrors of slavery first hand. Since he had lived in St. Dominique as a youth, he followed the events there with particular interest. He was thrilled at the success of the slave rising of 1791, where Blacks had chased out the slave owners and taken control of the colony. In 1804, St. Dominique became the nation of Haiti. If rebellion could work there, why not in Charleston?