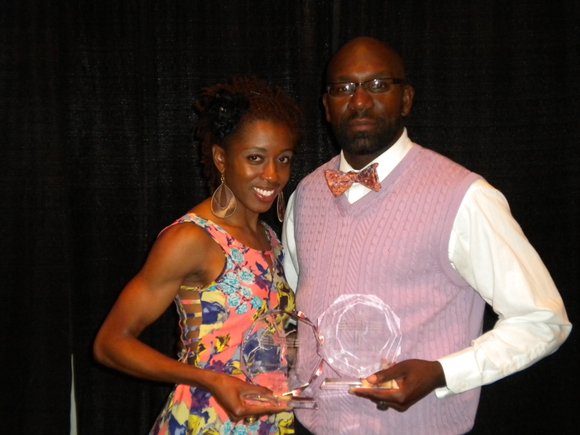 The Lady Trojans' five-time All-American, Edwards was named the NCAA Atlantic Region Track Athlete of the Year for her accomplishments during the 2012 outdoor season. She entered the NCAA Championship ranked No. 1 in the women's 400-meter dash and No. 3 in the women's 200-meter dash. Edwards is the 2012 Central Intercollegiate Athletic Association champion in the 400-meter and runner-up in the 200-meter. Edwards has the fastest time in NCAA Division II in the 400 meters, with a season-best of 52.15, and the second-fastest time in the 200 meters at 23.80. Edwards competed in those events over three days at Pueblo, Colo.

Jackson, VSU's second-year head coach, was named NCAA Atlantic Region Women's Head Coach of the Year. Jackson led the Lady Trojans to their first-ever CIAA Women's Outdoor Championship. The Trojans had five entries in the sprints and hurdles and mid-distance events in the NCAA Championships.