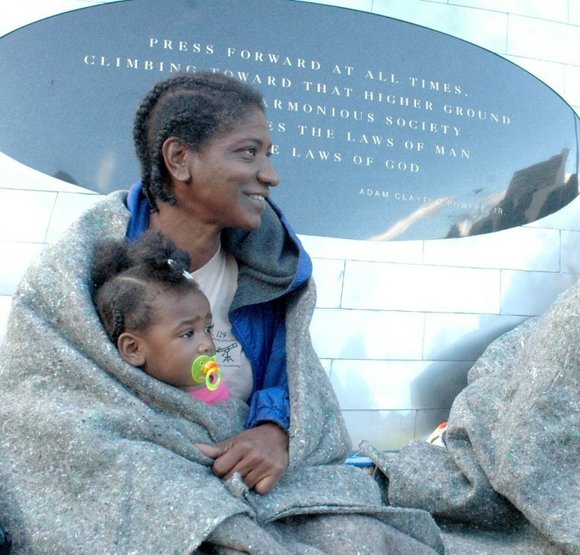 As the holiday season rolls around and children become a focus, numbers from the Coalition for the Homeless reveal that many children are living without a roof over their heads.

The organization says that the city is on track to see more than 20,000 children sleeping in homeless shelters each night--a number that many believe will continue to rise as a result of the city's failed homelessness policies.

To bring awareness to the issue, the organization has launched a campaign to draw attention to the growing problem. The campaign ads are based upon a series of public education ads from 2011, when there were a then-record 16,000 children in emergency shelters. The ads that feature stand-alone photos of children read: "Last year, a record 16,000 kids were homeless each night. Tonight, it's 20,000. Some records should be fixed, not broken."

The ads were designed pro-bono by Adrenaline and appear in over $250,000 worth of donated space on hundreds of phone booths, elevator screens, subway platforms and taxis and can be viewed on the organization's website.

"We believe that the people of this city need to know that City Hall has basically thrown up its hands and walked away from this problem, leaving 20,000 kids languishing in homeless shelters," said Mary Brosnahan, president and CEO of the Coalition for the Homeless. "Twenty thousand homeless kids in New York City is unprecedented and unacceptable, especially because we know the proven, cost-effective and humane solutions."

According to surveys of the homeless, eviction, doubled-up or severely overcrowded housing, domestic violence and hazardous housing conditions are factors that led them to become homeless. However, lack of affordable housing is the primary factor for homelessness, according to numbers from the U.S. Census, coupled with falling wages of low-income New Yorkers.

When it comes to children, homelessness has adverse affects on education. Fewer than one in four children who experience homelessness graduate from high school, according to the Partnership for the Homeless. Children who are homeless repeat a grade at twice the rate of their peers. Proficiency rates in reading and math for children who have been homeless are on average 16 percent lower than the scores for all students

Under the administration of Mayor Michael Bloomberg, New York City has eliminated virtually all federal housing assistance, including access to public housing and rental vouchers for homeless children and families. Last year, Bloomberg ended his Advantage rental subsidy program, which was the only path out of shelters and into permanent housing for homeless families.

"At the start of his first term, Mayor Bloomberg boldly promised to reduce homelessness by two-thirds. But by abandoning the approaches successfully used by Mayors Koch, Dinkins and Giuliani, Mayor Bloomberg has led us into a new era--one with the largest homeless population in New York City since the Great Depression," said Brosnahan. "Unless we quickly change course, the lasting legacy of the Bloomberg administration will be a broken homeless shelter system overflowing with children."