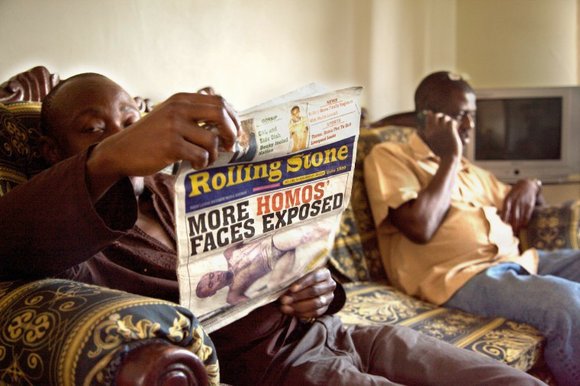 The 50th anniversary of the U.N.'s Universal Declaration of Human Rights took place in 1998. For this milestone, Human Rights Watch, a nonprofit organization committed to defending the rights of people around the world, printed and distributed the 30-article declaration, which the United Nations' General Assembly adopted on Dec. 10, 1948, in Paris, France.

The declaration came into existence as a result of the horrific occurrences of World War II. It represents the first written global statement of the rights to which human beings are naturally entitled.

Human Rights Watch's strategy is to bring to light human rights violations by shining the spotlight on a variety of very specific international issues. It has effectively been at the vanguard of this battle over the past 30 years, working unceasingly, as they describe, "to lay the legal and moral groundwork for deep-rooted attention where human rights are violated."

In its fight to bring improved justice and security to the citizens of the world, it has, as the organization states, "given voice to the oppressed and [held] oppressors accountable for their crimes."

One of the key vehicles in the organization's fight for human rights is the Human Rights Watch Film Festival, which serves to show its audience violations of the rights of human beings around the world.

Through the powerful art of images and storytelling on screen, the festival brings to life human rights abuses, acting as a conduit to engage viewers to connect and empathize with the abused victims. This in turn motivates and stirs them into action, prompting them to speak up and rally for justice.

Now in its 23rd year, the program consists of 16 films from 12 countries, 14 of which are New York premieres. Amongst the collection are the following films of African interest.

"Color of the Ocean" (Spain, 2011), directed by Maggie Peren, will screen on Saturday, June 23 at 8:30 p.m. and Sunday, June 24 at 4 p.m. The film, in French, German and Spanish with English subtitles, focuses on a Congolese man (Hubert Kounde), Zola, and his son Mamadou, who are among a boatload of refugees that lands on the shores of the Canary Islands.

Zola, who is placed in an internment camp, receives the assistance of Nathalie, a German tourist, whose husband objects to her involvement. A relationship evolves between Nathalie and Jose (Alex Gonzalez), a police officer on the island who has become skeptical about his job. Zola and Mamadou subsequently find themselves at the mercy of smugglers. All of the characters grapple with the question of responsibility for the actions they choose to take.

"Little Heaven" (Belgium, 2011) is a documentary by Lieven Corthouts that makes its New York premiere on Monday, June 25 at 4 p.m. Subsequent screenings with post-screening Q&As take place Tuesday, June 26 at 6:30 p.m. and Wednesday, June 27 at 9 p.m. The setting for the documentary is the Little Heaven Orphanage in Addis Ababa, Ethiopia; the subject is children living with HIV.

Through Lydia, one of the children, and her diary, the daily routines of the children unfold. The children who have been abandoned by their families or left alone after their parents died now comprise a new family with their caretakers. Although their HIV status is a reality for them, they are still alive and winning small victories. In essence, through their positive attitudes, they are keeping hope alive. The film is in Amharic with English subtitles.

The documentary "Call Me Kuchu" (U.S., 2012), by co-directors Katherine Fairfax Wright and Malika Zouhali-Worrall, makes its New York premiere at 8 p.m on Thursday, June 28, the closing night of the festival. The film, which is in Luganda with English

subtitles, focuses on David Kato, a veteran activist in Kampala, Uganda, who is fighting to repeal the country's homophobic laws against his fellow gay, lesbian, bisexual and transgender men and women, who are known as "kuchus."

Kato is fighting against the new Ugandan anti-homosexuality bill, which advocates the death penalty for HIV-positive gay men and proposes that anyone who does not turn in a known homosexual be sent to prison. Kato and a few others are courageous enough to openly protest Uganda's repressive government, the brutal press and a controlling church in the fight for lesbian, gay, bisexual and transgender rights. A closing night reception follows the film.