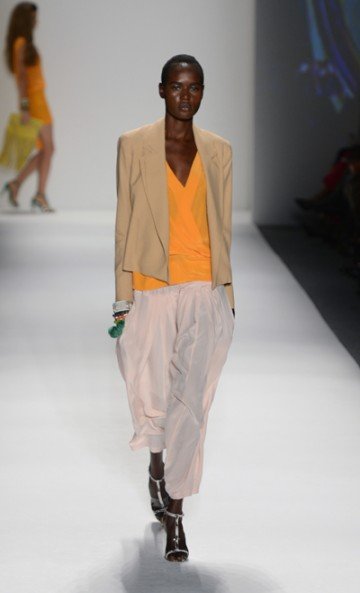 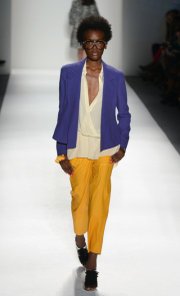 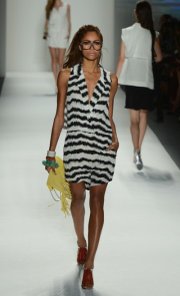 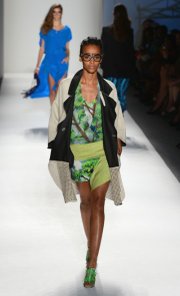 Capturing a great deal of color in her spring 2013 collection, Tracey Reese has the best dresses this season. Reese, an African-American designer from Detroit, came to Manhattan in 1982 to attend Parsons School of Design. Upon receiving her accelerated degree in 1884, she apprenticed under designer Martine Sitbon. She has also worked with some of the top labels in the industry, including Perry Ellis, where she was the design director for Women's Portfolio.

In 1998, she launched her eponymous collection to rave reviews. It's perfect for the modern woman. She showcased ultra-feminine, polished pieces that were layered with intelligent nostalgia and charm. Remember the pretty pink dress Michelle Obama wore when she spoke at this year's Democratic Convention? Softly shaped, it was designed by Reese. Her look is distinctive, glamorous and feminine.

The designer's second line, Plenty by Tracy Reese, is a bohemian, ethnic-inspired collection that is of the moment, yet never trendy. The pieces unite myth and modernity with an eclectic and adventurous twist. Her signature detailing always stands out.

In spring 2006, Reese opened her flagship boutique at 641 Hudson St. in Manhattan's Meatpacking District. The gorgeous 2,200-square-foot space is as colorful and feminine as her designs. The shop offers the full Tracy Reese experience, including her apparel lines, accessories and home goods. In early 2011, Reese opened a second store in Tokyo at the famed Omotesando Hills shopping center.

Reese was inducted as a board member of the CDFA in 2007, where she is a key player in selecting recipients for the organization's AIDSFUND fundraising efforts.

For more than a decade, Reese's name has become synonymous with frothy dresses and prints that are heirloom-inspired. Women across the globe can't get enough of Reese's eye for detail and extensive eye for color, art-influenced prints, fabric and forms. Her clothes continue to reveal timelessness and a wearable look that evokes sophistication and elegance. Reese's approach is deliberate. She combines modern craftsmanship with vintage flair, creating a look that is clearly her own. Her label is a mainstay in the American fashion industry. She stays true to her design philosophy and specific point of view. Over the years, the aesthetic has expanded into several brand categories, including belts, footwear, handbags, home and candles.

Throughout her career, she has collaborated with top brands like Sally Hanson, Hue, Keds, Maybelline and Clinique. Most recently, Reese has expanded to lifestyle partnerships, such as designing the aprons for friend and chef Marcus Samuelson's Harlem restaurant Red Rooster, as well as designing an exclusive picnic basket with Clos du Bois wine.