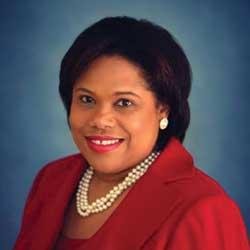 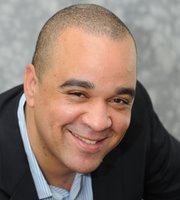 Nicholson-Doty's election came at the annual general meeting of the regional tourism group last week during its annual State of the Industry conference. Elected unopposed, she replaces Sen. Ricky Skerritt, minister of tourism of St. Kitts and Nevis, as chairman of the CTO Council of Ministers and Commissioners of Tourism for the next two years.

In keeping with the CTO constitution, Nicholson-Doty appointed USVI Deputy Commissioner Chantal Figueroa to head the CTO Board of Directors, which features directors of tourism for more than 30 Caribbean destinations.

As the new chairman gets to work, she has set new objectives for the organization over the next two years, including its economic sustainability.

"It is very important that we have a financially stable organization that allows us to do the things that we need to do for the region," Nicholson-Doty said at the closing press conference held at the Marriott St. Kitts Resort.

She also announced the creation of an airline task force within the next 30 days, the focus of which would be the implementation of the objectives of the San Juan Accord: increasing air capacity to the region; removal of travel restrictions; and collaboration with airline partners.

Nicholson-Doty said the CTO would also work to enhance its relationship with the cruise industry to build year-round traffic.

The French Caribbean island of Martinique will host the 2013 conference, Tourism Commissioner of Martinique Karine Roy-Camille announced. It is the first time that the island, officially part of France, is hosting the conference.

"We consider hosting this conference a great honor, and we look forward to welcoming you all next year," she told members of the media.

While the precise date is still to be agreed upon, the CTO announced that the conference will be held during the week of Oct. 13.