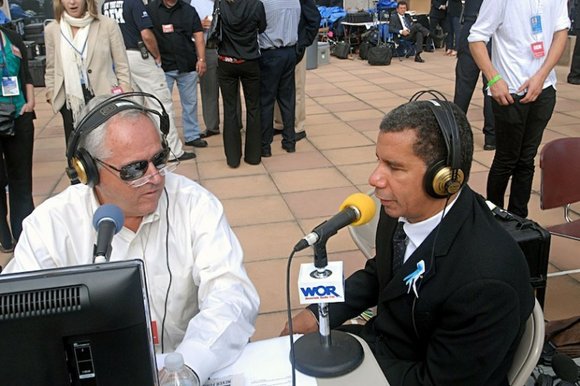 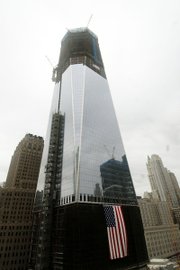 Sunday, Sept. 11 was observed by millions as the 10th anniversary of the attack on the World Trade Center, the attack on the Pentagon and the plane crash in Shanksville, Pa.-the culmination of a decade of remembrance and building.

The focal point was the World Trade Center itself, with the rebuilding going on there and the unveiling of the reflecting pools featuring the names of the nearly 3,000 victims inscribed on the walls of the two pools built in the footprints of the two towers.

Reporters crowded the 10th floor rooftop of Building 2 at the World Trade Center. The Amsterdam News had a vantage point that took in the full scope of the new building, the functioning construction site and the spectacular reflecting pools. Thousands of people crowded the plaza; families, residents and travelers mingled with various branches of the military, NYPD and the FDNY.

While President Barack Obama and his wife, Michelle, walked around the site along with former President George W. Bush and his wife, Laura, former Mayor Rudolph Giuliani luxuriated in the limelight somewhat, basking in the curious misnomer of "America's Mayor," which was bestowed upon him by the mainstream media as smoke still seeped out of the smouldering towers 10 years ago.

And then there were the families of the victims and the survivors. They had their photos, their mementos, their cuddly toys and their stories.

If you see the pin with"343" with two stars, you know that it belongs to a first responder who was at the World Trade Center helping people before the towers collapsed. The same number but one star less means you got there after. Jo Conzo, 76 Engine, Miguel Flores, Battalion 10, and Richard Batista, Battalion 20, say the distinction is made just to respect those who were down there in the dust, the rubble and the traumatizing collection of body parts.

Flores told the AmNews the buttons were about "recognition of the bravery of the first responders."

"It is about respect," all three first responders said almost in unison.

"This is the first time I have been down here, because I just chose not to come before," Conzo told the Amsterdam News. "But I had to come to this one. I needed to get closure."

It was a hard day for the first responders and families directly involved in the tradgedy, but it also seemed to be one of facing pain and taking comfort in the community and camaraderie that has built up around it.

"I was born and raised in the Bronx," said Conzo, an 18-year vet with the FDNY. "And I thought I had seen everything...until then."

"We came to rescue, but after the towers fell, there was no one left-just body parts," said 13-year paramedic vet Barista. "We spent a lot of time treating other firefighters, washing out their eyes. There was so much dust. We didn't have masks. I lost 13 percent of my lung capacity." However, he says he got it back through exercise and a good diet.