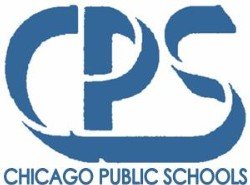 Chicago's kids will be back in school this week.

After a few hours of debate, the Chicago Teachers Union (CTU) voted on Tuesday to suspend the strike that's been the center of the national conversation.

"The CTU House of Delegates voted overwhelmingly to suspend the strike and send the contract to all 26,000 CTU members for a ratification vote," said a release on the union's page. "Teachers, clinicians and PSRPs will return to school on the morning of Wednesday, Sept. 19." Eight hundred union delegates voted 98 percent to 2 percent in favor of suspending the strike.

Under the deal, higher-rated laid-off teachers negotiated a better chance of being recalled. Only 25 percent of teachers' grades are taken into account in the first two years of evaluations and 30 percent in the third year, the lowest allowed under state law. Mayor Rahm Emanuel also agreed to hiring around 500 additional teachers at a cost of close to $50 million so students can put in more time in the classroom.

According to CTU President Karen Lewis, the contract still requires ratification by union members. She said the process may take several weeks. If the union ratifies the deal, teachers will get a minimum 3 percent cost-of-living increase in the first year and other raises for experience and education.

Lewis led the walkout on Sept. 10, after the union couldn't agree with the city and Emanuel over tying teacher pay to student performance on standardized tests and using said tests for teacher evaluations as well. Emanuel also wanted the principals of the schools to have more power in the hiring process; he eventually won that end of the bargain at the negotiating table. Emanuel's office said that the highest-rated schools in the city have principals that are given a significant amount of control.

Emanuel held a news conference to give his perspective post-strike.

"This settlement is an honest compromise," said Emanuel. "It means returning our schools to their primary purpose: the education of our children. For the first time, teachers will have a meaningful evaluation based on a system based and designed by their fellow teachers. With this agreement, our teachers will receive higher pay and our students will have a higher standard of education."

American Federation of Teachers (AFT) President Randi Weingarten expressed satisfaction over the strike's end, but also wanted to send a thank-you to outsiders who showed their support.

"This agreement guarantees that Chicago teachers, paraprofessionals and clinicians will return to the classroom knowing that their schools and community are strengthened because their voices and experience have been respected," said Weingarten in an emailed statement. "And parents can send their kids to school knowing that their teachers fought for the resources children need to succeed, including having textbooks on time and investments in art, music, physical education and other subjects that expand and enrich children's minds.

"It was heartening to see the level of support for CTU members from parents and community members who share the simple yet powerful belief that education is more than tests and test prep," continued Weingarten. "And that the people who educate our children should be respected and involved in decisions affecting what goes on in our schools."