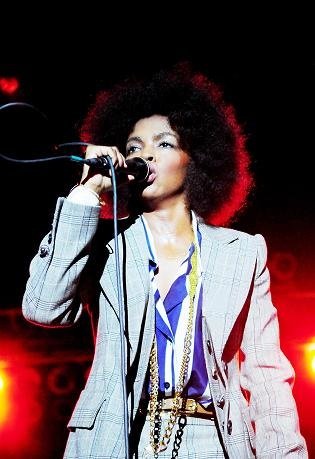 Nas and Ms. Lauryn Hill, hip-hop innovators whose music defined and influenced an era and a generation of music lovers, will share the stage for a fall/winter tour that kicks off Oct. 6 in Columbia, Md., and culminates on Dec. 31 in New York City. Tickets went on sale on Sept. 20.

Culling its name from "Life is Good," Nas' innovative No. 1 album, the tour is also identified with "Black Rage," a new song by Ms. Hill about the consequences of racial injustice and violence. Ms. Hill describes the track, which will be released this fall, as a juxtaposition to the statement "Life is good," which she feels can only be assuaged when these age-old issues are addressed and resolved.

"I use the performance platform as an opportunity to express the energy of that moment, and the intention behind it," explained Ms. Hill. "I've been a long-standing rebel against the stale, over-commoditization. As artists, we have an opportunity to help the public evolve, raise consciousness and awareness, teach, heal, enlighten and inspire in ways the democratic process may not be able to touch. So we keep it moving."

Nas commented, "This is history!" He added with satisfaction, "Better late than never. Life is good!"

Nas' "Life is Good" sold 149,000 copies during its first week, making this the sixth No. 1 album he has produced during his career. The compilation has received rave reviews from the New York Times, Rolling Stone and the Los

Nas, the hip-hop icon from the Queensbridge neighborhood of Long Island City, has sold over 20 million albums internationally. During his celebrated career, the poet and rhyme-master has served as an ambassador for hip-hop culture worldwide. Since his 1994 debut, Nas has released nine solo albums and three compilation albums.

Ms. Hill's powerful rhymes and distinctive voice propelled her into the spotlight as the dynamic female of the Fugees, whose 1996 album "The Score" was certified six times platinum and garnered two Grammy Awards.

Two years later, Ms. Hill emerged a tour de force in her own right as a solo artist with the now legendary "The Miseducation of Lauryn Hill," which was nominated for 10 Grammy Awards, five of which she won.

For more information about the tour, visit nasirjones and lauryn-hill.com.