A voice from the favelas of Brazil 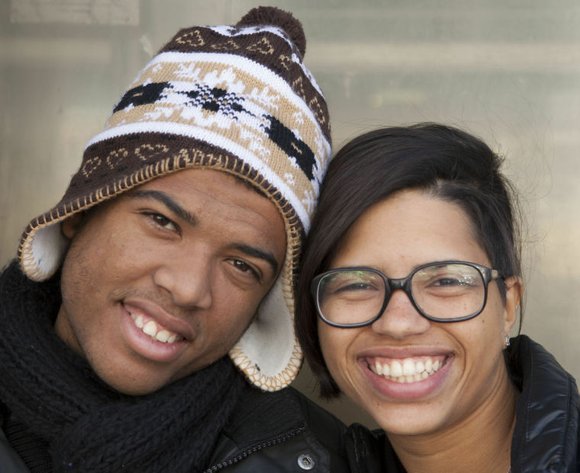 A voice from the favelas of Brazil

Imagine trying to a start newspaper in a community with nearly nothing: little food, no access to running water or electricity. Meet Rene Silva. This 19-year-old journalist did just that. His community is the favelas of Brazil. Silva's task was not an easy one, especially with the rampant crime and drug lords who impose martial law on these shantytowns.

Brazil's poverty is legendary and brutal, as Gordon Parks showed the world in his 1961 Life magazine photo essay masterpiece titled "Freedom's Fearful Foe: Poverty," in which he introduced the world to Flavio da Silva, a 12-year-old Brazilian boy who lived in a the Catacumba Favela in the hills outside of Rio de Janeiro.

The favelas began appearing in the late 19th century, as landless and often jobless migrants streamed into the city of Rio de Janero and its surrounding hills. Little by little, communities were created. These were folks who didn't buy land; they just started constructing their own homes there. The name "favela" came from an actual plant that was found in those hills.

Though poverty, lack of resources, drug infestation and crime still run rampant through these hillside slums, Silva and partner Daiene Mendes started a six-page paper titled Voz das Comunidades" (Voice of the Community), a valued resource for those living in these dwellings. The favelas still don't have much, but they do have a voice now, thanks to Silva. He and Mendes spoke with the AmNews as part of the Brotherhood-SisterSol Media Exchange Program and spoke through a translator about life in the favelas and his mission to give a voice to those who survive in them.

"Once people began setting up in these communities, there was pressure from the authorities and from the police. They were trying to get the houses knocked down, but eventually there were just too many of these kinds of houses and the city began to just ignore it until it became a real problem.

"Within the favelas of today, there are poor people who live in them, but you have people from all over Brazil and even from outside of Brazil who live in the favelas. They've become more incorporated into the city. Before they were completely separate. The city didn't provide any services like sanitation, garbage, electricity or water. All these things people had to either steal or go without. Little by little, these things have been incorporated more into the cities.

"Certain parts of the favelas have water while others don't. People who live up higher generally have less access to water because the pressure doesn't go up as high. It's not the city that provides the water. It's the people who actually tap into the lines and have their water coming in.

"Originally there were certain points with a spout and you had to take your bucket and fill it up. People started tapping into that over time. Historically, it's been a big issue, not just in the favelas, but in other parts of Rio as well," Silva said.