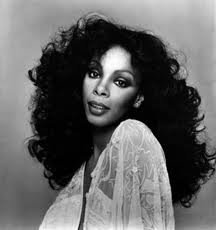 Reports indicate that disco legend Donna Summer has died. Known for hits in the 1970s and 1980s including "Bad Girls," "Last Dance Tonight" and "Hot Stuff," she was 63.

Carrying the title as the "Queen of Disco" she was born LaDonna Adrian Gaines. Summers died after a long battle with cancer in Florida. During her career she won five Grammy Awards and was the first artist to have three consecutive double albums to reach number one on the Billboard charts.

Summer received other honors and awards including an NAACP Image Award, six American Music Awards, two Golden Globe nominations and was the first Black woman to be nominated for an MTV Video Music Award for "She Works Hard for the Money."

Her last tour was in 2008 to promote her album Crayons released in the same year. One of her final recordings was in 2011 where she worked with nephew rapper and producer O'Mega Red.

TMZ reports that she was working on another solo album at the time of her death. Summer leaves behind three daughters, Amanda, Brooklyn and Mimi, along with her husband of over 30 years Bruce Sudano.