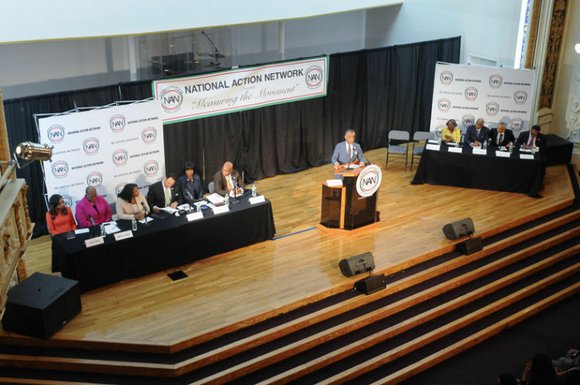 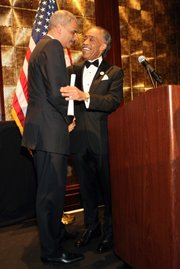 On April 3-6, thousands of people attended National Action Network's (NAN) annual national convention in New York City, including delegates from more than 60 NAN chapters across the U.S. The convention concluded with a major announcement by the Rev. Al Sharpton, founder and president of NAN, regarding the action plans formulated during the convention.

Firstly, the organization will target major private corporations about their employment, procurement and inclusion practices at board levels. According to Sharpton, "The reason that Black unemployment has remained high is that the public sector jobs are being cut while the private sector has increased jobs but lowered its commitment to inclusion and hiring and doing business in our community. NAN intends to go at major industries that sell their goods in our community but do no good with our community." This week, Sharpton will be sending out letters seeking meetings with 10 CEOs of major corporations and will publicly release findings relating to business and hiring practices in communities of color.

Lastly, he called on NAN delegates to put pressure on their senators to vote on stronger gun legislation, which could come up for debate in the Senate this week.

Other highlights of the national convention included the "Measuring the Movement" forum on the final day that brought together three generations of civil rights leaders to discuss strategies on what can be done to sustain civil rights and the social justice movement regardless of what the court's decisions may be. The forum featured civil rights leaders reviewing and discussing the progress made and mistakes made in the 50 years since the March on Washington. The forum included civil rights icons such as the Rev. Joseph Lowery, Juanita Abernathy, Otis Moss Jr. and the Rev. Jesse Jackson Sr., among others.

Several officials from the Obama Administration attended the NAN convention, including Attorney General Eric H. Holder Jr.; Secretary of Education Arne Duncan; Regina M. Benjamin, Surgeon General of the United States; Secretary of Transportation, Ray LaHood; and Secretary of Agriculture Tom Vilsack, as well as leading members of Congress and activists such as Martin Luther King III, National Urban League President Marc Morial, NAACP President Ben Jealous, Robert F. Kennedy Center for Justice and Human Rights President Kerry Kennedy and many others. Both the families of Hadiya Pendleton, the 15-year-old who was fatally shot a week after performing with her high school band at the Inauguration of President Barack Obama, and the family of Trayvon Martin were in attendance.