Fathers Day: Celebrating dads who have lost their sons to police, gun violence 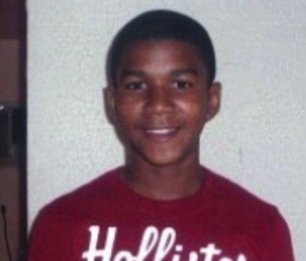 Father's Day will never be the same for some dads. Instead of being praised and appreciated on a day meant for them, some will be spending Sunday honoring their sons by fighting against the violence that killed them.

"It's not really a father's day to me anymore," said William Bell, father of Sean Bell, who was killed in Queens by police in 2006 the night before his wedding. "I really don't celebrate too many holidays anymore like Christmas and his birthday, which recently passed in May. A father's day for me is missing something, missing a loved one that I should have in my life up until this point."

Gescard Isnora, one of the officers who shot 50 bullets at Sean Bell, was fired. The two other officers who shot him, Marc Cooper and Michael Oliver, were forced to retire but kept their pensions. The ruling acquitted the three of manslaughter and reckless endangerment.

To raise awareness about these issues, William Bell opened a Queens community center on Sutphin Boulevard as a tribute to his son. It offers mentoring, GED assistance, tutoring programs for adolescents and job training referral programs. Bell said the center was founded to get kids off the streets and talk to them about precautionary steps to take with police, emphasizing that his son grew up scared of the cops.

Chris Foye, father of 13-year-old Chris Owens, who was killed by a stray bullet while attending a cookout, also began working with the community after his son's death. He opened the Chris S. Owens Foundation, an anti-gun violence organization, at 350 Tompkins Ave. in Brooklyn.

"That was my only child," Foye said. "They took my prince from me."

Foye's program focuses on community development and job creation and gives access to helpful community resources, such as financial literacy and sports.

"After my son passed, I actually made a decision to make a change in my life and a change in other people's lives to make them aware of dangerous thought processes," Foye said.

Foye said some kids think using guns is the only way to protect themselves because that and drug activity are all they see around them. When youth throughout the community are made aware of other options, they value education and life more and communicate better.

Another father, 56-year-old Omari Shakur, has been involved in his community for 45 years. He even ran for Newburgh mayor at one point and is now advocating for change after his son Antonio Bryant was killed by police. According to ABC News, an officer shot Bryant during an exchange of gunfire at the corner of Broadway and City Terrace following a foot chase shortly after 7 p.m.

"For him to get shot in the back of the head means he was running away," Shakur said, claiming his son wasn't threatening police.