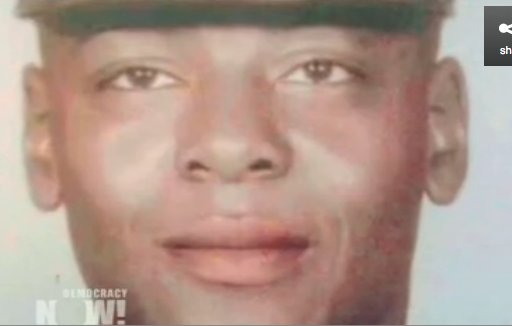 The Westchester district attorney confirmed last week that the murder of former Marine Kenneth Chamberlain Sr., who was shot and killed by White Plains Police Officer Anthony Carelli on November 19, would be presented to a grand jury. The grand jury will determine if Carelli is criminally liable.

The police arrived at Chamberlain's apartment in the Winbrook Houses at about 5 a.m. in response to a Life Aid alarm, a medical alert system. Police say the 68-year-old retired corrections officer attacked them with a hatchet and a knife and that their use of deadly force was in self-defense.

Ironically, a call for help turned into the police confronting Chamberlain with a stun gun, shooting him with a beanbag and blasting him twice in the chest. Chamberlain died at White Plains Hospital the following morning

White Plains Public Safety Commissioner David Chong declared it a "warranted use of deadly force." Four months later, new evidence revealed that cops might have used racial epithets before forcing themselves into Chamberlain's home. This week, Chong's office declined to speak about the case except to say that there is an ongoing investigation.

Westchester District Attorney Janet DiFore, recently under fire for failing to charge police when residents alleged excessive force by cops, released audio and videotapes to Chamberlain's family and legal team. The tapes have not been released to the public. DiFore confirmed that a grand jury would begin hearing evidence in the case as early as this week.

Chamberlain's son, Kenneth Chamberlain Jr., and family attorney Mayo Bartlett told reporters that Life Aid's audio box recorded every sound inside the apartment. They listened to the recording in February in the district attorney's office in Westchester County. Chamberlain Jr. said the police claimed they heard loud noises inside the apartment and needed to go inside to make sure he wasn't hurting anyone. Chamberlain Jr. said while listening to the tapes that his father told police everything was OK. Then someone could be heard screaming at Chamberlain: "I don't give a f--k, n--r, open the door!"

It turns out that Carelli has been accused of excessive force before. Carelli and other officers are appearing in court this month for claims they beat and kicked two brothers while calling them "ragheads" and other racial slurs in May 2008.

In the wake of the Trayvon Martin tragedy, Chamberlain's story has received mainstream media attention. An online petition, "Justice For Kenneth Chamberlain Sr.," calling for police to release recordings from the incident, has received over 200,000 signatures.