The Wright man for the job 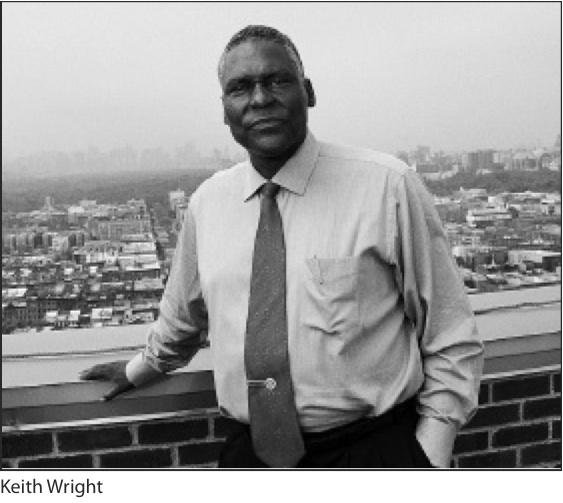 The Wright man for the job

You would think the last thing Assemblyman Keith Wright would want is another task, another duty and another responsibility. Nonetheless, along with his job as an assemblyman representing Harlem and chairing the New York County Democratic Committee, Wright was recently tapped by Speaker Sheldon Silver to head the New York State Assembly Standing Committee on Labor.

"Given the turmoil in Wisconsin, Ohio, Indiana and other states where collective bargaining is under attack, I'm excited about this new position," said Wright during a recent phone interview. "We are a union state, so we don't need that mess."

Wright believes he was chosen because of his seniority, but Silver had this to say:

"Throughout his career, Keith Wright has been a stalwart advocate for the working men and women of New York State," he said in a statement to the press. "No voice was more vocal in the hard-fought battle to bring justice to domestic workers. No one knows better the struggle of workers, and I am proud to appoint Keith as the head of the Assembly's Labor Committee. I look forward, as always, to working with him."

When asked which of the duties is paramount on his agenda, Wright said: "First of all, I'm an assemblyman from Harlem. Everything else flows from that."

Some of that "everything" will be, he said, "to make sure there are more people of color in the labor unions, both in leadership and rank and file."

Then came a long list of his goals: to reduce unemployment within Black and Brown communities; raise the minimum wage in New York State, which is currently $7.25; and strengthen collective bargaining. "Most of my emphasis will be on the private sector," Wright said, though he's very much concerned about the situation in the public sector.

In addition, Wright plans to hold Industrial Development Agencies accountable. Far too many businesses relocate to or expand in New York State, taking advantage of tax breaks and other state-offered benefits only to leave after the tax breaks expire, he contends.

He also wants to bolster protection for emerging labor markets and immigrant-driven economies, and propose a bill to provide rights for farmworkers as well as expand the Domestic Workers Bill of Rights, which he passed last year.

"As the son of a proud union member and the representative of thousands more, standing up for the rights of hard- working men and women has always been one of my passions. I look forward to doing great things with the Labor committee and continuing the proud tradition of honoring the organizers and workers of our great state's labor movement with forthright advocacy and quality legislating.

"We have a difficult road ahead of us, but I am hopeful that there is a light at the end of the tunnel and that our state's proud union members will help us get there," Wright concluded.