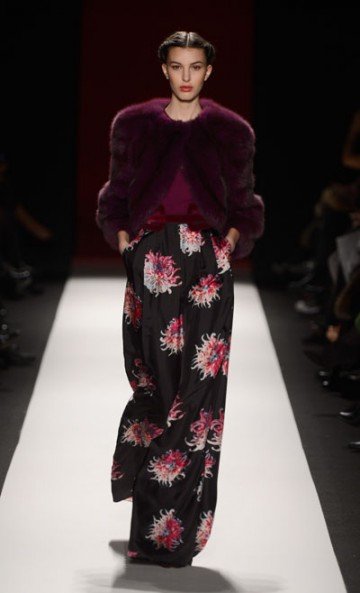 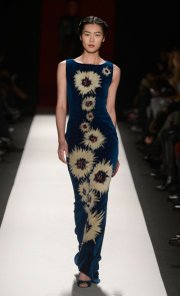 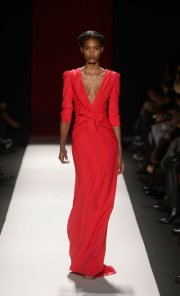 "I have a responsibility to the woman of today, to make her feel confident and modern," said designer Carolina Herrera. Continually pushing the boundaries of style with her juxtaposition of classicism and modernity, Herrera has resided at the helm at her eponymous label for decades to fervent acclaim. With each new season, she pairs sensibility with femininity and a concentration on all things contemporary. Herrera has outfitted women worldwide with an aesthetic all her own. For Mercedes-Benz Fall 2013 Fashion Week at Lincoln Center, her evening gowns were opulent.

With the endorsement of Vogue's legendary editor Diana Vreeland, she presented her first collection at the Metropolitan Club over 30 years ago, which at the time, was as iconic New York as Hererra herself has now become. Paralleling the identities of Manhattan's chicest, Hererra's collection was well-received both commercially and editorially, and thus, her fashion house was born. "For me, it's always been about New York. It's where fashion begins and ends. It is who we are," she mused.

Shortly after her inaugural show, Herrera opened her atelier and cultivated a couture team with the finest of training and pedigree; Herrera built an empire. Forever concluding her ready-to-wear shows with a wedding gown, Herrera introduced her bridal line in 1987. Approaching bridal collections with the diversity and progressive style innate in her ready-to-wear collections, Herrera cornered a market for brides in search of more fashion-conscious offerings. Since her bridal collection's conception, Herrera has outfitted altar-bound brides such as Caroline Kennedy and Kristen Stewart's character Bella Swan in "Twilight: Breaking Dawn."

She finds romance on the runway, down the aisle and in the pages of fashion magazines. Hererra has also found a new home on the red carpet, dressing both Hollywood icons and stars on the rise. Along with her ready-to-wear and bridal collection, she launched her first fragrance, Carolina Herrera Eau de Parfum, and has since released 10 additional fragrances for both men and women. The first flagship store opened its doors in 2000 on Madison Avenue and Herrera currently counts flagship boutiques in New York City, Los Angeles and Dallas. As a continuation of the runway collection, Herrera introduced CH Carolina Herrera in 2001, a lifestyle sportswear offering ready-to-wear clothing and accessories for men, women and children.

Hererra was named the CFDA Womenswear Designer of the Year in 2004 and honored with the Geoffrey Beene Lifetime Achievement Award in 2008. Acting as a mentor and critic for graduating design students, Herrera recently received an honorary doctorate of fine arts from the Fashion Institute of Technology. Hererra has also served as an ambassador for the American Cancer Society and the Intergovernmental Institution in the fight against malnutrition. At the end of her show, she commented, "You must always keep your eyes open. Beauty finds you that way."