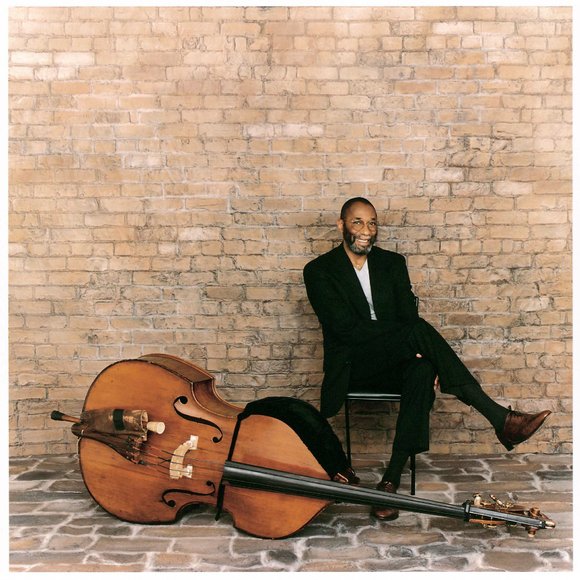 Bassist Ron Carter is a jazz musician who uses his improvisational skills to explore the depth of the music. During the 1960s, the arranger-composer was a member of the Miles Davis Quintet (with Herbie Hancock, Wayne Shorter and Tony Williams), which critics called one of the greatest jazz groups in history. They recorded such explosive albums as “Miles Smiles,” “Miles in the Sky” and “Seven and Steps to Heaven.”

After his work with Davis, he became one of the prime studio musicians for many of the CTI recordings before appearing with A Tribe Called Quest on their album “The Low End Theory.” As a classically trained cellist, he often leads a nonet that takes classical music to the periphery of its sanity, and his trio of bass, guitar and piano shares another experience.

Carter is a musician who is never at a loss when it comes to taking his audience on meaningful but swinging expeditions. Carter’s big band is another vehicle he uses to extend his musical vision. The Ron Carter Big band made their debut at the Jazz Standard in 2011. Needless to say, the response was more than enthusiastic.

The Andy McCloud Gentlemen of Jazz Jam Festival will pay tribute to the late bassist on Aug. 4 from 5 p.m. to 9 p.m. at 107 W. 130th St. at the New Amsterdam Music Association. Performing artists will include Greg Bandy and the All-Star Organ Trio with Mike Fitzbenjamin, Gerald Hayes, Marvin Horn, Sharp Radway and Bill Saxton.

McCloud was a talented bassist who earned a reputation for his distinct sound that earned him chairs with Dizzy Gillespie, Elvin Jones, McCoy Tyner, Duke Ellington Orchestra and Mary Lou Williams. His heavy, rhythmic bass lines made him the perfect accompanist for tap dancer Savion Glover. McCloud passed away on May 24, 2010.

Admission is $15, which includes complimentary refreshments. For more information, call 212-234-3380.

On Aug. 10, Great Jazz on the Great Hill returns to Central Park from 3 p.m. to 6 p.m. It is rare that two big bands perform at a free concert, but this is an exception, and this concert will feature performances by the Harlem Renaissance Orchestra and Bobby Sanabria Big Band.

Sanabria is a serious percussionist, drummer, arranger and composer who swings hard; his Puerto Rican roots infuse a flavor of Latin jazz that usually raises the temperature. Sanabria has proven to be a strong conductor who keeps his musicians energized and his audiences attentive and ready to dance at any moment.

The Harlem Renaissance Orchestra is conducted by Ron Allen. Its mission is to keep the music of the Big Band alive with Harlem at the forefront of that movement. The band, which swings in the spirits of Duke Ellington, Count Basie and Billy Eckstine, has performed throughout the city and parts of the United States. “Whether in a live performance or educating the next generation of musicians, we will remain a guardian and proponent of a great musical tradition,” stated Allen.

Enter the Park at 106th Street (Duke Ellington Boulevard) and Central Park West and walk up the stairs or ramp to the Great Hill. The event will be cancelled in the case of inclement weather.

Great Jazz on the Great Hill is co-presented by the Central Park Conservancy and Jazzmobile.