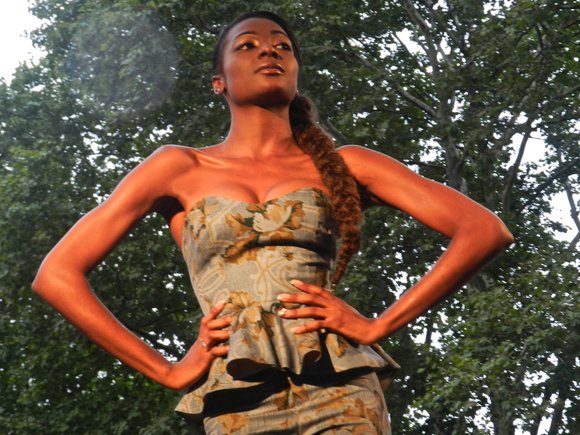 Harlem Week kicked off on Sunday, July 27 with several events, including the annual Fusion Fashion Show, which relocated from its usual location in front of the Adam Clayton Powell State Office Building to Riverside Park a few years ago.

According to Lloyd Williams, chairman of Harlem Week, festival attendees can remain sure that this year’s 39th annual Harlem Week will be consistent with previous years, with the exception of a few changes. Williams told the AmNews that the “basic approach” to the more than 100 events and activities held over the course of July and August will be similar to previous years, but some events will have different themes.

“We try to stay within the foundations of Harlem Week,” said Williams, who has been involved with Harlem Week since its inception. “We have utilized existing activities and given them different themes.”

The outdoor film festival will once again be held on the great lawn of St. Nicholas Park on 135th and St Nicholas Avenue in partnership with ImageNation, a Harlem-based media arts organization. Although, this year will have a different theme with the screening of “Jim Brown: An American Hero.”

A few events that Williams said were the most popular, such as the two-day Children’s Festival, will remain similar, complete with a back-to-school fashion show for kids.

One new activity will include the job and career fair, which will take place on Aug. 8 as part of the annual Economic Development Day event. Then, on Aug. 18, a six-hour musical performance deemed “Harlem Day” will pay tribute to 1960s groups like the Supremes, the Temptations and other Motown musical legends this year. Williams emphasized the importance of maintaining the traditional events of Harlem Week from year to year.

“We aren’t seeking to be all over the place,” he said. “We want consistency so that people can count on what Harlem Week is going to be, whether it’s at St. Nicholas Park, Marcus Garvey Park or Central Park.”