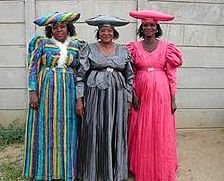 Aug. 13 (GIN) – In a move to restore African names erased by its German colonizers, Namibia officially renamed the historic and touristic Caprivi Strip. The new name is the Zambezi Region.

Namibia was occupied by the German Empire from 1884 to 1919. After a deal struck with England, Caprivi was annexed to German South-West Africa in order to give Germany a route to Africa's east coast. The strip was named after the German chancellor, Leo von Caprivi.

After Germany, Namibia was administered by apartheid South Africa until 1990. There are some 30,000 Namibians of German descent living in the country.

Namibian president Hifikepunye Pohamba also changed “Lüderitz” – named for a German merchant - to Naminus, which means "embrace" in the local Khoisan language. The village of Schuckmannsburg was changed back to its original name, Lohonono.

Over the years, the Strip had political-strategic military importance. From the Rhodesian Bush War (1970–1979), African National Congress operations against the South African government (1965–1994) and the Angolan Civil War (1975–2002), the Strip saw multiple incursions by various armed forces using the Strip as a corridor to other territories.

In 2004 Germany apologized for the colonial-era genocide that killed 65,000 Herero people through starvation and slave labor in concentration camps. The Nama, a smaller ethnic group, lost half their population. The camps – with their "bureaucratization of killing" – allegedly influenced the Nazis in the second world war.

In 2011, Germany sent back 20 Herero and Nama skulls that had been transported there for racial experiments.

"The Nama people are still living in a ghetto,” she pointed out. Further, “not one of the German concentration camps has so much as a sign and you can still go out in a buggy and find yourself driving over the bones of those who died. I don't think the Namibian government is doing one-eighth of what it should to honor the dead." w/pix of Herero women.