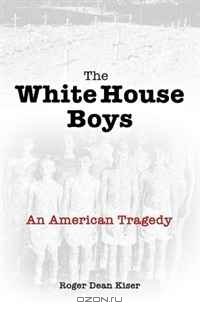 Governor Rick Scott of Florida has given the University of South Florida the okay to being the body exhumations at the infamous Arthur G. Dozier School for Boys campus. This victory comes after years of local and legal battles that resulted in semi-successful investigations done by the state of Florida.

The Arthur G. Dozier school for boys (or Dozier reform school), opened its gates in 1900 promising an educational and life transforming experience to the boys who would be ordered to attend by the state of Florida justice department. This promise was short lived as by the 1960’s the Dozier reform school was known more for the harsh beatings, mysterious deaths and disappearances and rapes than for educating and reforming its students.

On June 30 2011 the school was formally closed and a plaque was put up in memory of the students and of the schools failures. “We took this as an apology” says Mr. Roger Kiser. Mr. Kiser was a student at the Dozier school once in 1959 and then again 1960. We was sent to the school by order of a judge we does not recall seeing and after spending just a short time at Dozier and enduring and witnessing the “merciless” and brutal beating and treatment he vowed we would one day tell his story.

Mr. Kiser is the author of the book White House Boys: an American Tragedy published in 2009. The book tells the stories of his time spent at Dozier. In graphic detail he conveys the day-to-day fear and mistreatment.

White House Boys is the compilation of a 25-year vendetta against the Dozier school that began after a beating Mr. Kiser received by one of the schools staff. “I was so bloody after I couldn’t sit down” “I asked to go to the bathroom and mumbled that I would get out and tell what you all are doing to us on day.”

The White House Boys is now a name used to describe some 300 men who attended the Dozier Reform School in the 1950’s through the 1960’s. They gathered and began telling their stories to newspapers a few years ago. These men tell a very similar story of suffering and fear about their time spent at the school.

Mr. Jonny Gaddy was 11 when he was ordered to the Dozier reform school, “ they took me to the north side of the campus that was the black side,” he says. “I thought slavery was gone,” Gaddy explains that the work he was forced to do was everything but educational. He was forced to pull stumps out of mud driving a tractor and picking up garbage.

Mr. Richard Huntly also spent time at the Dozier school between 1957 and 1959 along with his two brothers. “We thought we were going to school,” said Mr. Huntly. Mr. Huntly speaks says much be in bondage, boys would attempt to run away. These boys would go missing.

The time that these men speak when telling their stories was a period in American history where slavery was indeed illegal but took on other forms throughout the country. Peonage by definition is when someone pays off a debt by working for no monetary compensation. Though it was outlawed in the country several years before Dozier opened it’s gates, the school basically structured itself in a peonage-like system. Boys ordered to attend were working out their debt to society rather than receiving an education.