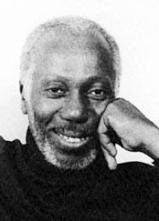 One of the most obvious facts about the recent suspension of Major League Baseball players is that most of them are Latinos. Ryan Braun is the only exception among the list of players from South America, mainly the Dominican Republic, who was recently suspended for using performance-enhancing drugs (PEDs).

Keeping in mind that the majority of modern-day MLB players are Latino, are they being targeted in the same way as the disproportionate number of African-Americans and Latinos who are stopped, questioned and frisked in New York City? During the crack epidemic back in the 1980s, there were photos of white workers on Wall Street in various locations hitting the pipe, but most of those arrested were Black and Latino youths.

Dave Zirin, a sports columnist for The Nation, has delved into this question with some astonishing information. “Any serious discussion about performance-enhancing drugs and baseball needs to deal with the fact of who is getting caught,” he wrote. “Major League owners choose to invest billions of dollars in Latin America to develop talent on the cheap in the school’s baseball academies. In the Dominican Republic, where 40 percent of the country lives below the poverty line, steroids are actually legal and available over the counter.”

Human growth hormones, he added, can be obtained by prescription.

If steroids and PEDs are that available, the poverty so pervasive and overwhelming, and baseball the most compelling option, then getting juiced up is akin to young African-Americans using and selling drugs as a path toward prosperity.

This point was expanded upon by Andrew O’Reilly in his online article for Fox News Latino. “Since the MLB instituted its PED policy in 2005, 39 of the 67 players suspended for banned substances have been from Latin America—with 20 coming from the baseball hotbed of the Dominican Republic alone,” he said. “The list of reasons for why players—Latino and non-Latino alike—use PEDs is long and varied: peer pressure, competitive edge and an ingrained culture in the sport.

“These reasons hold true throughout Latin America, but are amplified by a lack of education about the dangers of PED use and absence of organization oversight into the use of these substances.”

Of course, a dozen or so violators do not constitute an epidemic of steroid usage among the millions of Latin American players, and we shouldn’t ignore the several notable non-Hispanic players allegedly or admittedly involved with PEDs, including Barry Bonds, Roger Clemens, Mark McGwire and Andy Pettitte.

Zirin makes a good point about the predatory behavior of team owners who “want to benefit from steroids in the development of talent,” he opined, “and then excoriate those same players when caught on U.S. shores. It’s a context that speaks to the imperial arrogance at the heart of the game. … Put simply, MLB owners want have their anabolic cake and eat it too.”

However, there is nothing new about his mention of the baseball academies in the Dominican Republic. Four years ago, ESPN investigative reporter Mike Fish observed that “the investment in that teenage talent has grown to the point that MLB officials estimate the Dominican Republic is home to more than 6,000 independent baseball academies, each typically grooming a dozen or so players who may potentially sign pro contracts. They’re fed and housed at the academies, then, once they’re signed by teams, the people running the camps take a cut of the bonus.” And the youngsters’ desire to outdo each other, to appeal to the scouts, makes the quest for PEDs all the more enticing.

The impetuosity of youth wedded with extreme poverty is a toxic mix, and Latino children are no less vulnerable than young African-Americans who are convinced that the drug culture is the way to success. Perhaps the only thing saving Black ballplayers from the lure of drugs is that they are so few in the Major Leagues, and their number is shrinking by the year, which, in the context of PEDs, could be a good thing.