History through the eyes of an extraordinary butler 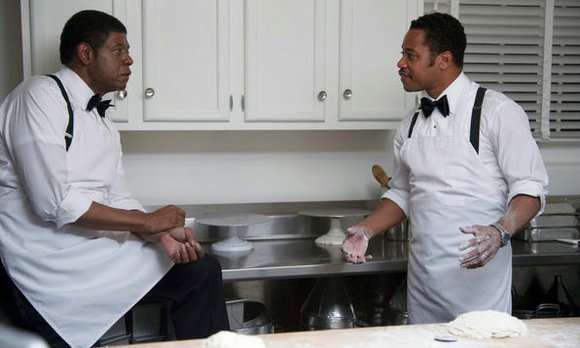 Lee Daniels, the director of “Precious” and “The Paperboy,” keeps his legacy growing with "The Butler,” a sweeping, highly fictionalized biopic about real longtime White House butler Eugene Allen.

It also smartly positions itself as a panoramic snapshot of the African-American experience across nine decades. The film stars Academy Award winner Forest Whitaker in the title role as butler Cecil Gaines, based on Allen. Gaines is a stoic witness to civil rights history; his humble beginnings in the cruel cotton fields of racist Georgia (circa 1920s) eventually lead him to the White House, where he silently and gracefully serves eight presidents.

Media mogul Oprah Winfrey does an impressive turn as his wife, Gloria, an unhappy woman who’s caught in the restrictions of her generation. Frustrated, she tries to find solace in the bottom of a bottle and in the arms of a family friend, played by Terrence Howard, a low-level numbers runner of questionable moral fiber.

Their eldest son, Louis, acted with complexity by David Oyelowo, follows a much different direction through the civil rights struggle, opting to risk his life for justice. This daring stance, in the face of almost certain death, locks him in conflict with his father.

What’s impressive and effective is a look at a recent history through the eyes of a humble man just happy to provide for his family.

The attention to details may remind some of “The Remains of the Day.” The dramatic turns of history keep the story building, and Gaines stays perfectly calm despite always being in the eye of a wicked storm.

Screenwriter Danny Strong (“Game Change”) worked closely with Daniels to keep the tone on point as each segment of history unfolded in the family drama. While “Forrest Gump” utilized historical personages in archival footage, “The Butler” relied on the skill of the actors to transform themselves into the former presidents and first ladies. The result is achieved with such stunning realism that the mind’s eye does not question Williams’ Eisenhower; Rickman’s Reagan; John Cusack’s Nixon, aka “Tricky Dickie”; Liev Schreiber’s terrifying LBJ or James Marsden’s wounded and sentimental JFK.

Gaines is a challenging role, but Whitaker is one of the greatest thespians of our time. His performance stays under the skin; you can almost hear the soft voice of Nina Simone singing, “I have a spell on you, and you’re mine” in his sublime performance. Expect to see his name in the “Best” categories of many awards this coming season.

In her first live-action dramatic role since 1998’s “Beloved,” Winfrey clearly demonstrates that she’s been paying attention to the art of acting. I would not be surprised if she earns a Best Actress in a Supporting Role nomination from the Academy.

The agonizing tension between Louis’ increasingly radical views and fearless attitude and Cecil’s noncommittal one becomes the most compelling part of the movie. A struggle between a loving father and a determined son becomes a metaphor for the love-hate relationship most African-Americans feel for the U.S.

I dare viewers not to be touched by this film, especially after viewing an era with which they may have strong personal connection. The film’s modest $25 million budget—small for a period drama of this scale—highlights the skill of cinematographer Andrew Dunn.

The costumes by Ruth Carter (“Amistad,” “Malcolm X”) are superb, as are the prosthetic makeup effects of Clinton Wayne and Oscar winner Matthew Mungle.

Four stars are not nearly enough to award this film with. It is, in my opinion, a piece of important cinematic history and will be a strong contender in a few categories at Oscar time.

“The Butler” is being positioned with the ad line “One quiet voice can ignite a revolution,” reminding us that with steady, organized force and directed will, men and women like him have managed to have a significant impact on race relations in America. They did, they do and they always will.

I’m confident that this film will have a positive impact on future generations. History not remembered is doomed to be repeated, but Daniels’ film is making sure that doesn’t happen.