Puzzler changes education one crossword at a time 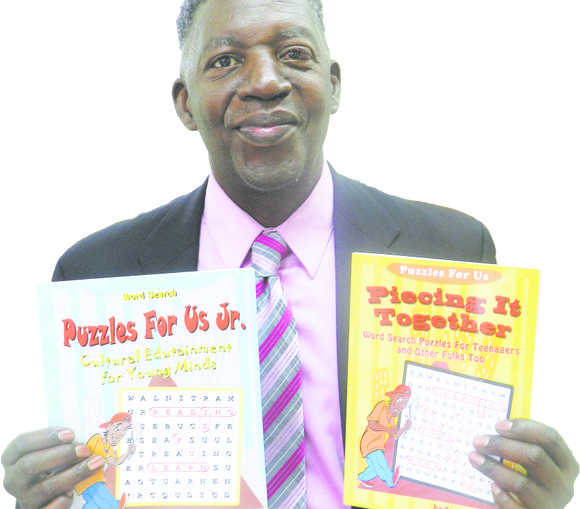 For Kevin Dunn, the answer to keeping Black youth out of trouble and informed about their past, present and future is puzzling. Word puzzling, that is.

Dunn, known as the “Puzzle Guy” or “Mr. Puzzles,” published his first book of puzzles, “Puzzles for Us,” in 2005. It was distributed in schools across the country and is far from frivolous. The puzzles accompany short essays that cover heavy topics, including how teenagers should respond to stop-and-frisk and racial profiling, and they incorporate important figures in Black history. According to Dunn, the key to the puzzles’ success for youth is that they are both educational and entertaining, what Dunn terms as “edutaining.”

“[Kids] are doing the puzzle and they are learning,” he said. “There’s a lot of history in it, but it’s subtle.”

Dunn got the idea to sell the puzzles he made in his spare time after his sister convinced him to make copies of the crossword puzzles and bind them together into a booklet. For about a year, he peddled his makeshift puzzle books from a tiny table on Fulton Street in downtown Brooklyn.

“I actually sold a couple of them,” Dunn said. “People liked the idea.”

What started as a hobby in the 1990s while he was a full-time data programmer for the American Civil Liberties Union (ACLU) became a chance for a big business after he was downsized from his position at the ACLU. He became involved with Project Enterprise, a micro-lending organization that helps entrepreneurs receive funding, which helped him publish his first book of puzzles that focused on African history and Black icons like Marcus Garvey.

Dunn has since been certified by the New York City Department of Education as a contracted vendor, which means he is able to offer his “edutainment” puzzle books as library and reference materials to more than 1,000 schools across the city. He has also created custom puzzles for the Schomburg Center for Research in Black Culture in commemoration of the 150th anniversary of the Emancipation Proclamation, as well as custom word search puzzles for the Apollo Theater.

Aside from selling his books, Dunn, a father of three and a grandfather, also hosts workshops at high schools in New York, New Jersey and Philadelphia, where he uses his puzzles and his personal experiences as launching points for discussions about the challenges children of color face.

“I tell them that I didn’t just end up as the ‘Puzzle Guy.’ I had my bumps and bruises too,” Dunn said.

Raised in Brooklyn, Dunn admits that he did not have the “traditional” childhood for someone in his profession. While he said that he was “one of the smart kids” who always enjoyed Black history and rearranging words, he stopped going to school and started hanging out on the streets. By the time he entered the 10th grade, his grades were poor, and he dropped out of school. He was eventually jailed for six years, during which time he received his GED and tutored other inmates.