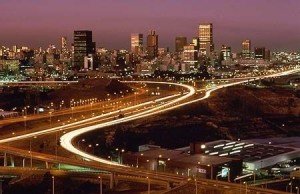 Aug. 19 (GIN) - Johannesburg has the top number of millionaires on the African continent with some 23,400 very rich people, according to a newly released survey of the wealthy.

Cairo, Lagos and Cape Town are the cities with the next largest concentrations of high-net-worth individuals with 12,300, 9,800 and 9,000 respectively, according to the New World Wealth survey carried out early this year.

Nairobi rounds out the top five cities with 5,000 super-wealthy individuals. The Kenyan capital was also only second to Accra in having the fastest growing rate of the high net worth group.

The next five cities in order are Durban, Casablanca, Pretoria, Luanda and Algiers, according to the survey.

A concentration of super-rich individuals creates a demand for luxury goods, prime properties, art and services like wealth management and private banking – indices to investors of economic growth.

Rising incomes have invited greater investment in broadband, wireless and other communications platforms that enable internet access, cell phones and social media. Facebook now has a skyrocketing presence in Africa. According to ICTworks, the fastest growing nations in terms of Facebook users are Ghana, Kenya, South Africa, Nigeria and Egypt. As of December 2011, there were more than 37 million Facebook users in Africa.

But at a recent U.N. conference, youth activists from Sierra Leone and Uganda noted the immense obstacles they still face due to the widening gap between the haves and the have nots. Traveling to Internet cafés in urban areas is expensive for rural youth and unsafe for young women at night. The majority of primary and secondary schools are not yet wired. In some cases projects and funds are used for political gain and personal favors. Even at university level, student access might be limited to 1-2 hours per week at a computer lab, meaning almost everything is done on paper. w/pix of Johannesburg