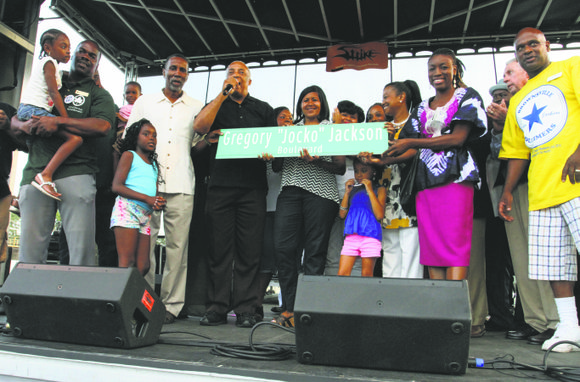 Jackson didn’t earn this lasting symbol of love and respect by running, dunking and jumping in the NBA. Jackson was and will remain in the hearts of the Brownsville, Brooklyn, community as one who was dearly loved and who committed his energy, time and labor to making life better for all who crossed his path. His special legacy will be etched in the lives of youngsters who he tutored, guided, hugged and loved and in turn became adults who also gave back to the community. Jackson shared some special gifts with his community—gifts of love, sharing and caring.

We had a great team of guys back in the ʼ’70s: Mel Davis, Henry Bibby, Ticky Burden, Al Skinner and Jackson, among others. We shared our love of the game with youngsters from across the region and around the city. But at the end of the day, it was always Jackson, flashing his eternally huge smile, who was the last to leave the kids. Jackson didn’t go into a shell when his NBA days ended; he took his stand in Brownsville and became a life-changer for thousands. Every time you cross Gregory “Jocko” Boulevard, smile. I bet Jocko will be smiling right back down at you.