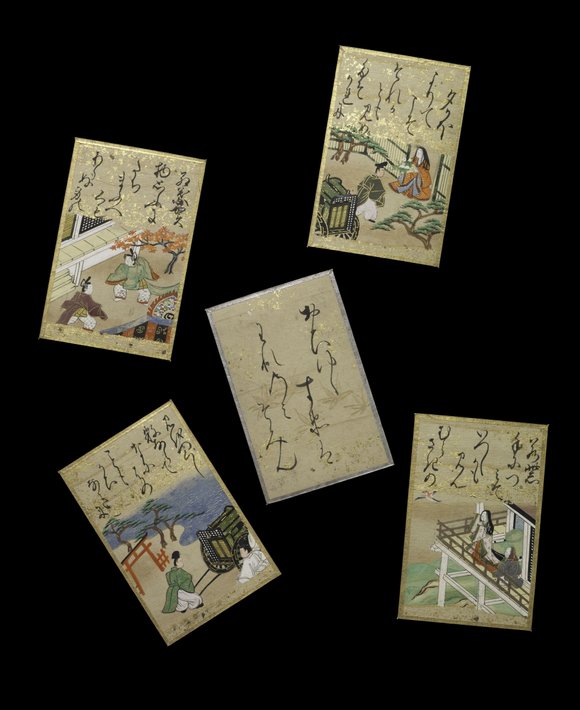 From now until Jan. 12, 2014, enjoy the expressive art of Japanese calligraphy on view at the Metropolitan Museum of Art. On display in the Met’s Sackler Wing on the second floor, this exquisite exhibition is made possible by the Miriam and Ira D.Wallach Foundation.

Handwriting was thought to reflect one’s personality in the East Asian tradition, but not in the sense of Western graphology or “handwriting analysis.” Handwriting styles conveyed one’s education, cultural refinement and carefully nurtured sensibilities. There was the copying of revered models and much creative innovation. The show features 80 masterworks of brush-inscribed Japanese characters. It’s a mixture of independent works of art and other pieces that are enhanced by decorated papers or by paintings.

“Brush Writing in the Arts of Japan” looks closely at the original gestured movement that’s marked on each work. Dating back from the 11th century to the present, these works demonstrate that beauty was often the guiding principle in the rendering of Japanese religious or literary texts, even, at times, at the expense of legibility. The exhibit includes approximately 100 ceramics, textiles, lacquers, woodblock prints and illustrated books.

Integrated into the permanent installation of ancient Buddhist and Shinto sculptures in the “Arts of Japan” galleries, the opening section of the exhibition introduces a splendid array of religious narrative painting and mandalas that juxtapose text and images in order to convey sacred messages.

The central section of the exhibit highlights the growth of women’s literary salon culture, which produced such masterpieces of waka (31-syllable-count poetry) and prose as “The Tale of Genji” by Lady Muraski and “The Pillow Book” of Sei Shōnagon. They were both authored in the 11th century. Other highlights include deluxe lacquer-ware and textiles that are inspired by traditional Japanese literature.

There’s a room of prints that features privately published prints from the Havemeyer collection. The exhibition concludes with a selection of contemporary prints and calligraphy; among them is a work by Toko Shinoda, who is celebrating her 100th birthday this year.

There are a variety of education programs planned in conjunction with the exhibit. You can find out more information about the exhibit at www.metmuseum.org.