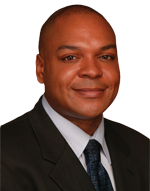 New York is usually considered at the forefront of doing what’s good for our residents. That is why it is such a badge of shame that we still have an archaic law on our books that requires the state to treat children as adults in the legal system. In fact, New York is one of only two states left that still prosecutes all young people as adults when they turn 16 years old. The other is North Carolina.

As of now, almost 50,000 16- and 17-year-olds are arrested and face the possibility of prosecution as adults every year. More than 600 13- to 15-year-olds each year face the same treatment, decreasing their life’s possibilities often before they have even entered high school. Here in New York, a single mistake can cause a teenager a lifetime of pain. That is why I hope the Legislature and the governor can do better by helping New York’s children secure stable, productive futures and learn from their youthful mistakes, rather than treating them like hardened criminals unable of redemption.

Sometimes children need community-based services, and sometimes they need to be incarcerated. Regardless of which is the best response to the act they have allegedly committed, there is no question that our response as adults needs to be age-appropriate. Not only is the use of developmentally appropriate placements best for the children involved, but numerous studies have shown it is better for public safety as well, reducing the likelihood that children will re-offend once their sentence is up.

The adult system was not designed to meet the needs of teens and adolescents. Prisons are often hundreds of miles away from their homes, and many youth end up suffering from depression and other mental problems as a result of the stress and loneliness. Jails are just as bad. The average stay in solitary confinement (23 hours a day at Rikers) for 16- to 18-year-olds was 43 days. Because of this, teens are a whopping 36 times more likely to commit suicide in an adult detention facility than a juvenile one. If that were not bad enough, teens in adult facilities are also the most likely to be sexually assaulted.

The harms from treating children as adults do not end with the completion of a prison sentence. The effects linger long after they leave. Adult prisons are not as rehabilitative as juvenile facilities, and teens do not get the individual attention they need to become productive citizens. They are also saddled with long-term consequences associated with having a criminal record—difficulty getting a job, not being able to live with family in public housing, and the list goes on.

That leads to an astronomical rate of recidivism for teens prosecuted as adults. This is not only bad for the young people; it is bad for all of us, and it does not make sense when we look at the successes to date of Gov. Andrew Cuomo’s reforms to the juvenile justice system.

Prosecuting children as adults is especially harmful to communities like the ones I represent, which are already disproportionately impacted by the criminal justice system. Seventy percent of children arrested in New York are Black or Latino. Add that to the high recidivism rate brought on by treating them like adults, and you are setting up these communities for generations of unneeded hardship.

The time is now to take action and change this dated and damaging policy. If we give teens the direction and services they deserve, we can help them turn their lives around. That’s why I am committing to work with my colleagues in the Legislature and with the governor to ensure that the justice system provides age-appropriate interventions—services, incarceration or treatment—rather than using the current one-size-fits-all system designed for adults.